Demand a NY that Works for #ALLOFUS 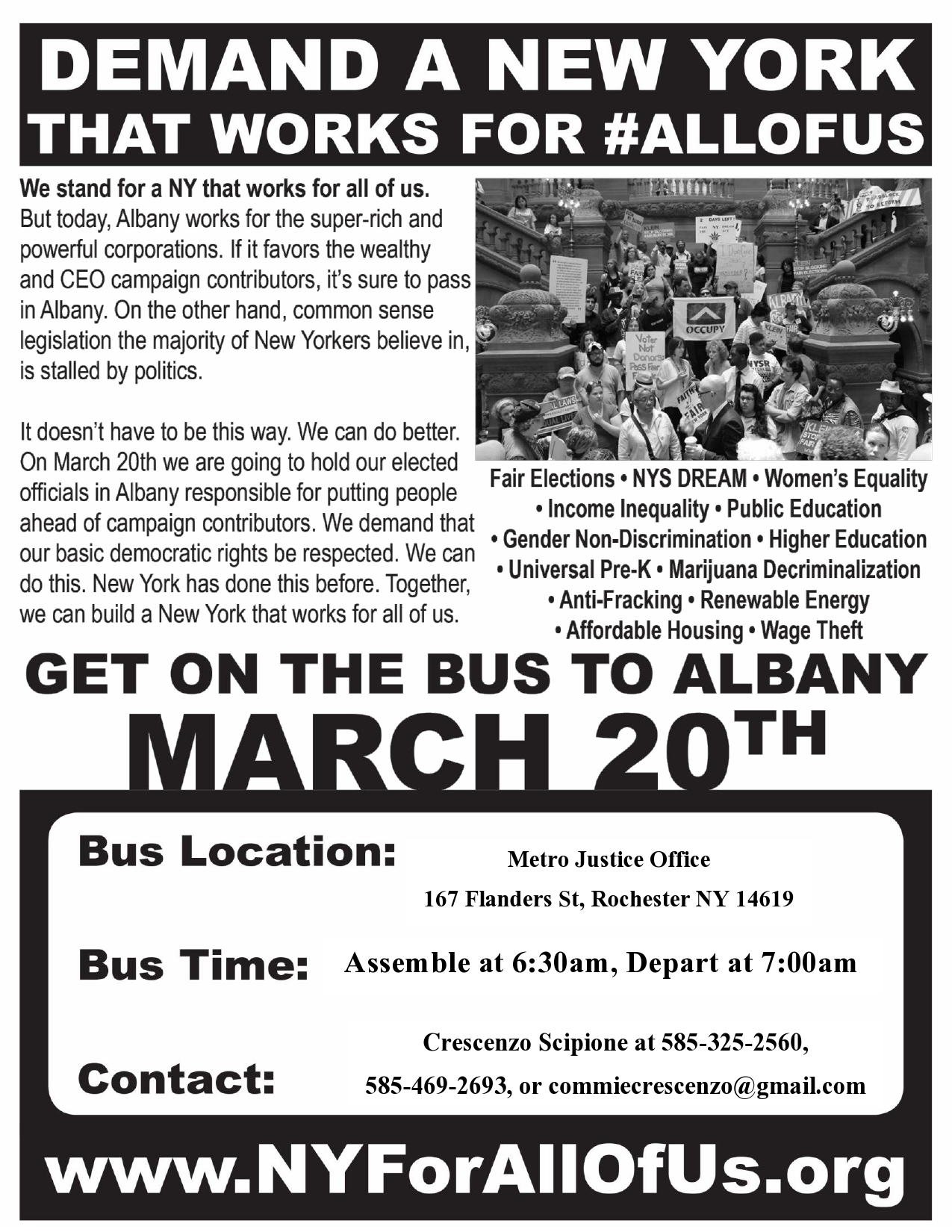 We stand for a NY that works for all of us, but today Albany works for the super-rich and powerful corporations. If it favors the wealthy and CEO campaign contributors, it’s sure to pass in Albany. On the other hand, common sense legislation the majority of New Yorkers believe in, is stalled by politics.

It doesn’t have to be this way. We can do better. On March 20th we are going to hold our elected officials in Albany responsible for putting people ahead of campaign contributors. We demand that our basic democratic rights be respected. We can do this. New York has done this before. Together, we can build a New York that works for all of us.