Revitalizing the US Labor Movement 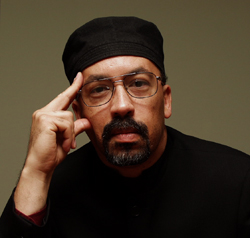 On March 8th, I had the opportunity to go to Buffalo for the Western New York Area Labor Federation's Annual Meeting. Having worked alongside many of the people in that room for years, when I was younger (and even more obnoxious) was a great feeling. The labor movement in Buffalo is really where I got my introduction to social justice, working for the Coalition for Economic Justice when I was 17.

This year's speaker, Bill Fletcher Jr., spoke in Buffalo a few years ago when I was organizing alongside janitors at the University at Buffalo as part of United Students Against Sweatshops. Both times I've seen him, he has been an incredibly powerful orator. Both times, he has been so close to the pulse of the US Labor Movement and known just how to push it in a more clear, more effective, and more radical direction.

Luckily, Rochester Indymedia was present to film his entire speech, which you can find below. His analysis of the history of the labor movement, the strategic mistakes and defeats of our past, and the problems of our own internal ideology is put in such clear terms that I think any of us can understand. More importantly, it helps to point out a direction for our day-to-day organizing to help genuinely revitalize a workers movement in the United States.

The challenge of building a genuine, broad, democratic, and diverse workers movement is essential to challenging the massive wealth inequality that Metro Justice rails against everyday with our Fight for Economic Justice. It's organizing the poor to demand an equitable redistribution of wealth in the places where they have power to deny the wealthy and powerful that which they need most - our labor - that will help to reinvigorate and empower a new labor movement for the 21st century.

It's through efforts like the Fight for 15, where fast food workers around the country are striking to demand not only a raise in wages, but a union and therefore some sustained power in their workplaces, that are the best hope we have for challenging poverty in a meaningful way. It's the worker center movement - represented locally by POWER (People Organizing for Worker Empowerment and Respect, a project that Metro Justice has supported from the beginning) - that is working to represent all workers and organize them to build real power despite the stupidity and massive flaws of the National Labor Relations Board and it's rules.

Workers around the country are beginning to stand up and they're breaking the rules, well aware that the rules were created specifically to crush their organizing effort and deny them any meaningful power. If we're going to be effective in supporting those workers and turning our country around, we need to listen to the words of men like Bill Fletcher Jr. who have fought for such a movement for years and have an incredible insight into the direction we need to go.

Listen here and come volunteer with us to help build this movement today!