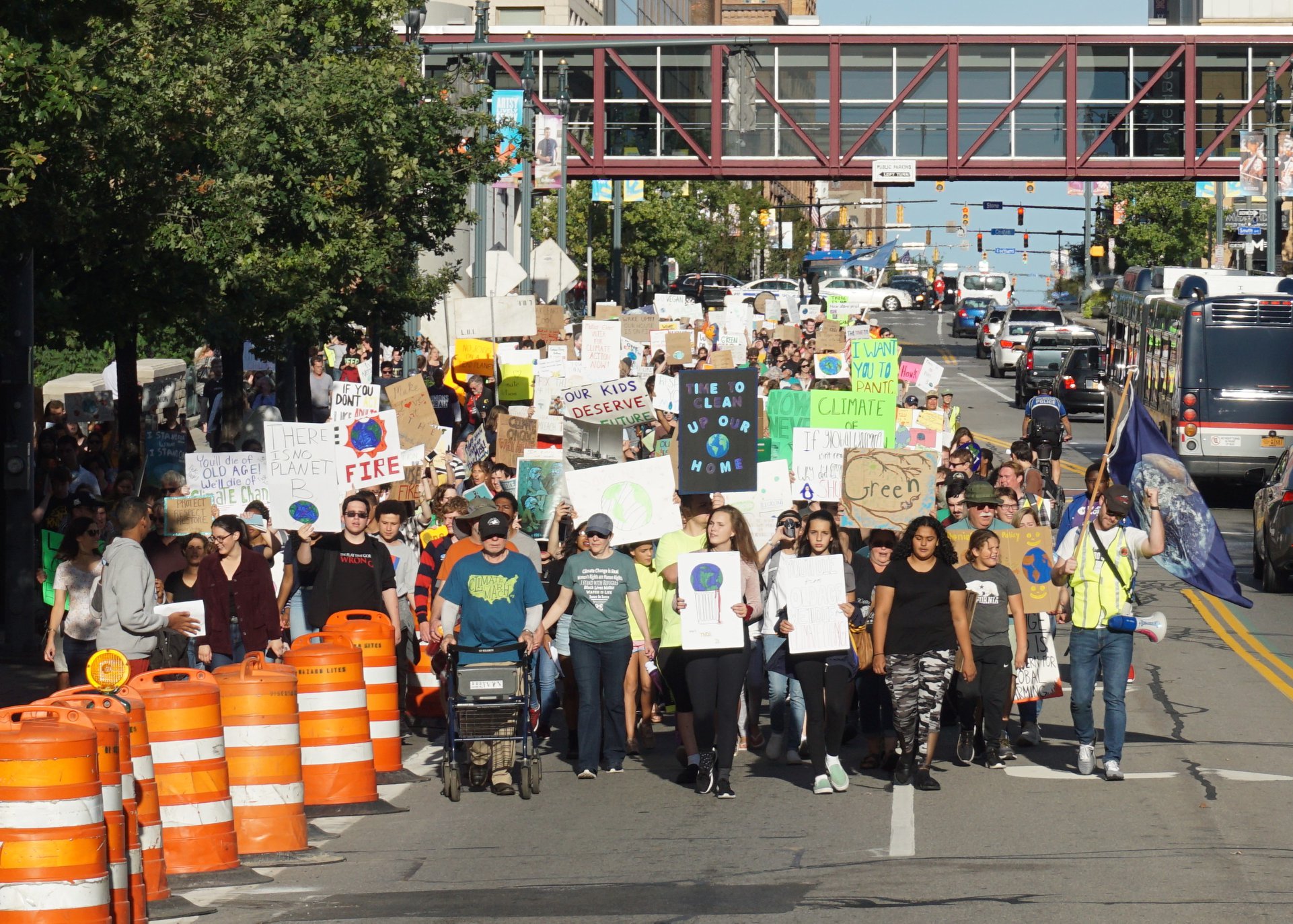 [To learn about this campaign and get involved, sign our petition for a public utility and community-owned renewable energy in Rochester! Then, our Lead Organizer, Mohini Sharma, will follow up with you!]

Climate change is an existential crisis that is disrupting the environment upon which we have depended to build human civilization.  These accelerating changes increasingly result in flooding, drought, extreme and unpredictable weather, sea level rise and mass extinction.  Further, the ongoing effects of climate change will cause international and intranational migration that disproportionately harms people of color and poor people.

Inadequate and market-based responses to the crisis will continue to ignore these communities or shift costs to them - abandoning workers in the fossil fuel industry, displacing poor communities in the aftermath of extreme weather events, instituting regressive taxation, and concentrating waste and emissions in Black and Brown neighborhoods. Responding to this crisis within the framework of democratic and just societies will require transformative changes in the way we produce and consume food and energy.  These changes will affect virtually every sector of the modern economy - from agriculture to industry, from the provision of health care to the construction of living space.

Just Transition means a radical transformation of every affected sector of our economy that looks to workers, communities of color, indigenous communities and poor communities for leadership in creating a new society that is both just and sustainable.  We must: provide for migrant communities; support development of renewable energy; expand sustainable agriculture and carbon sequestration; create ‘green’ new jobs by transforming the housing and transportation sectors to provide for affordable, energy-efficient housing and robust public transit; ensure that health care is no longer tied to employment and state residency; and challenge the rise of white supremacy and militarism that is the elite response to global scarcity and migration. A priority will be to build power within directly affected communities as part of the framework of local, state, national and global social movements for Just Transition. We are also a member of the New York Energy Democracy Alliance.

A critical part of the Metro Justice Strategic Plan, the Rochester For Energy Democracy Committee will focus on these and other issues arising from climate change. We need to build an energy system that meets the needs of communities instead of meeting the greed of distant investors and CEOs. We also need a shift to energy that is 100% clean and renewable. We believe this is possible if we create a community owned and operated energy economy. This will give communities a say in what kind of energy we use, whom we get it from, and how the money we pay is used to benefit our community. Furthermore, everyone could only pay what is necessary to develop and maintain energy infrastructure, taking millions in profits for investors and CEOs out of the picture.

We believe the first steps towards this vision is replacing RG&E with a public, not-for-profit, democratically governed utility; and, organizing our neighborhoods for community-owned solar farms. These steps could make possible an affordable green transition for healthy, sustainable, and democratic communities in the long-term while lowering energy bills. We will also prioritize unionized workers and jobs for the community for any labor needed. We are currently in the initial base-building and planning phase so that we can officially launch the campaign publicly.