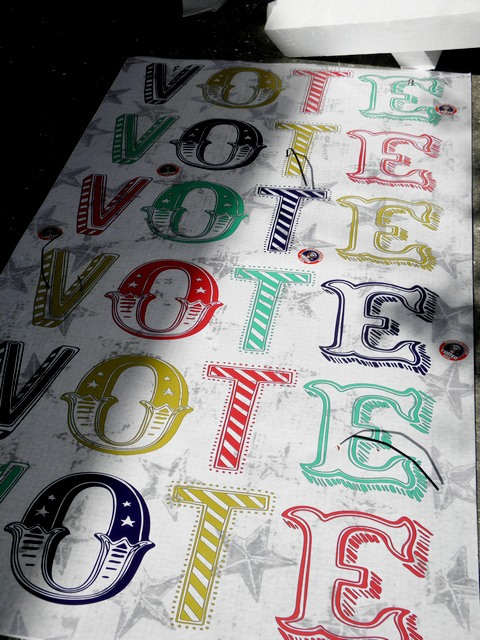 Charles and David Koch are two of the wealthiest, and most powerful, people in the US. These two men are the brains behind the Tea Party Movement, Americans for Prosperity, and a slew of other pro-1% organizations. They're active in everything from voter suppression to climate change denial. They're also huge racists.

Terrell Jermaine Starr's article for Alternet is a list of seven things the Koch Brothers have done that work against racial equality. These range from attacks against the AARP to their stance against raising the minimum wage. While many of these measures would hurt everyone, racial minorities are at the largest economic disadvantage of things like Social Security and labor unions were to disappear. Now more than ever we are seeing just how unequal our country is with the unrest in Ferguson. Protests are still being held, and police are still intimidating protesters. While far away from Ferguson, Rochester has its own racial disparity issues, including a higher than average rate of poverty.

The best way to take power away from the Koch Brothers and their ilk, and promote civil rights is to vote. Review candidates in your district and select ones who stand for social justice and equality. If you haven't registered yet, please do. We're also looking for volunteers to canvass the Northeastern part of the city to get people registered in time for this year's election. If you wish to help with that, or in any other way, visit our volunteer page!

Charles and David Koch are notorious for amassing a business empire well-known for destroying the environment and hijacking the political process to ram their privatization and business agenda on the country. But what is equally egregious about their political activities are their efforts to dismantle years of civil rights progress. The Bridge Project, a non-profit organization devoted to "opposing the conservative movement's extremem ideology and exposing its dishonest tactics," recently released a 16-page report on the Koch brothers' funding of groups that have been accused of suppressing minority voter turnout, destroying unions (particularly in Wisconsin) and attempting to get rid of Social Security.

Here are seven jaw-droppers from the report:

Though unions have been known to increase the economic mobility of African-American workers, Koch-funded organizations have been very active in destroying anything that's left of them. Koch-backed organizations like Americans for Prosperity, the Cato Institute, the Competitive Enterprise Institute, and the Reason Foundation have long viewed public sector unions with disdain. In 2011, collective bargaining was ended in Wisconsin after the state legislature passed Act 10.

The Wisconsin Supreme Court upheld the passage of the law earlier this year, after unions in the state filed a lawsuit, claiming the law violated workers' right to free assembly and equal protection. The Koch-backed entities helped finance Gov. Scott Walker's election campaign—the most profile political leader in the state to lead anti-union efforts.

According to the Nation, the Koch brothers hosted a secret summit on June 16 at the St. Regis Monarch Bay resort, in Dana Point, Calif. Besides a number of notable Republican politicians in attendance, one of the most controversial men giving "dinner remarks" was Charles Murray, a co-author of The Bell Curve, a book which argued that blacks and Latinos have lower IQs than Asians and whites.

A $25 million donation to the United Negro College Fund won't erase the fact that the Kochs felt comfortable enough to share their space with a man who believes that blacks are intellectually inferior to whites.

The Koch brothers fund the 60 Plus Association, a non-profit senior citizen advocacy group,according to the Center for Public Integrity. In 2012, the 60 Plus Association blasted AARP forspeaking out against voter ID laws, which require voters to present a photo ID at the polls. 60 Plus Association's chairman and founder Jim Martin applauded Minnesota seniors who cut "up their AARP membership cards in protest of the organization’s opposition to the Minnesota Voter ID amendment."

A Drexel University Study reveals that the Koch brothers were active in funding climate change denial efforts, especially in 2007 and 2008. Since then, the brothers have not made public their contributions, if any. Frontline reports that according to a UN report published in 2013, poor communities (of which minority populations are heavily represented) will be hurt the most as a result of climate change:

It starts with a drop in food production. Climate change has already reduced wheat and maize yields in tropical and temperate regions, along with some rice and soybean crops, according to the UN. “All aspects of food security are potentially affected by climate change, including food access, utilization, and price stability,” the report noted. That’s expected to worsen as climate change continues, it said.

Limited food means rising prices for basic staples, leaving the poor malnourished and more vulnerable to disease. It also raises the risk of conflict as groups clash over dwindling resources, and others migrate to new areas, either because they’ve been displaced by extreme weather or decided to move in search of better living conditions.

Why would anyone want to deny this?

5. The Koch brothers are against raising the minimum wage.

President Barack Obama has called for Congress to raise the federal minimum wage from $7.25 to $10.00, but the Republicans have pushed back against his efforts. Another adversary in the battle against a higher mimimum wage are the Koch brothers. In an ad financed by the Charles Koch Foundaton, a narrator argues that, if you're making $34,000 or more, you're in the 1 percent. Though the ad doesn't mention the minimum wage, the message was clear: You're making enough money already. Let it be.

Since the 1990s, the Kochs have given at least $23.3 million to think tanks focusing on attacking the minimum wage. Raising the miminum wage would create a "culture of dependency," they claim. A huge share of America's minorities would suffer under this agenda.

According to the Bridge Project report, David Koch ran for vice-president with Ed Clark on a 1980 libertarian ticket that called for Social Security to be abolished. Clark reportedly said in a press release that Social Security "is the most serious threat to the future stability of our society next to the threat of nuclear war."

Though it would later be defeated, it is clear the Kochs aren't friends to minorities in the arena of civil rights.

7. The Kochs' father was an original member of an anti-civil rights organization.

In a self-published broadside, Koch claimed that “the Communists have infiltrated both the Democrat and Republican Parties.” He wrote admiringly of Benito Mussolini’s suppression of Communists in Italy, and disparagingly of the American civil-rights movement. “The colored man looms large in the Communist plan to take over America,” he warned. Welfare was a secret plot to attract rural blacks to cities, where they would foment “a vicious race war.” In a 1963 speech that prefigures the Tea Party’s talk of a secret socialist plot, Koch predicted that Communists would “infiltrate the highest offices of government in the U.S. until the President is a Communist, unknown to the rest of us.”

While it's not always fair to draw connections between children and their parents, the Progressive reports that Charles Koch became a lifetime member of the John Birch Society until resigning in 1968. The Society operated the American Opinion Bookstore, which stocked books attacking Dr. Martin Luther King, Jr., the civil rights movement and Earl Warren as pegs of a communist conspiracy.

There are many more details in the Bridge Project report addressing how David and Charles Koch use their vast fortunes to fund efforts that damage the civil rights of minorities, but like all of their other abuses, they are too numerous to bullet-point here.

Check out the full report for more details.