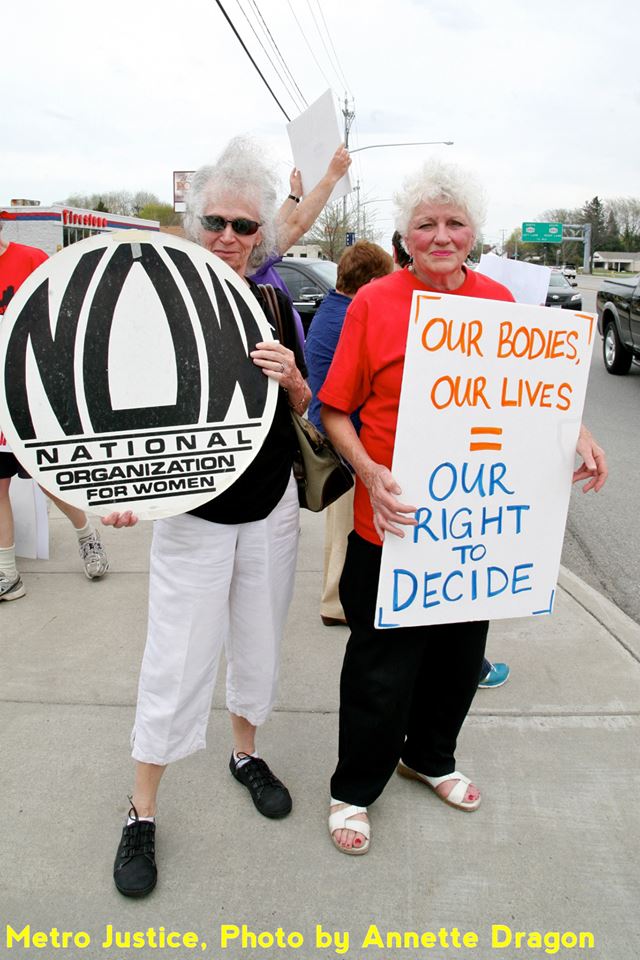 Reproductive health is one of the biggest issues in the fight for women's rights. The reproductive health point in the ten point Women's Equality Act was the one that as most debated during this year's legislative session, as well as the measure that the Senate struck the bill down for. On the national level, we're seeing rulings that are gradually eroding away the rights that are in place to protect women's decisions regarding their own health.

Monday's Supreme Court Ruling in favor of Hobby Lobby is another blow against equal rights for women. The ruling states that "closely held" companies can deny contraceptive coverage based on "sincere religious belief". Mind you Viagra is still covered under Hobby Lobby health plans.

Why would this be discrimination? The ruling does not cover other religious objections (although many question if one day it will) to what is and isn't covered under health plans. Michelle Goldberg's article from The Nation delves deeper into why the Supreme Court's ruling could help to further erode women's rights. Now the question is what can we do to prevent this ruling from leading to further contraceptive discrimination? Also, how can we reverse decisions like Citizens United, which give corporations like Hobby Lobby the power to enact legalized discrimination under grounds of "religious freedom"?

As soon as the word spread that justice Sam Alito had written the decision in today’s Burwell v. Hobby Lobby decision, it was clear that it was going to be bad. And, sure enough, the ruling, opposed by all three of the court’s women, chips away at the Affordable Care Act’s contraceptive mandate and, for the first time ever, it endows at least some for-profit corporations with religious rights. It is both a blow for women’s rights and the latest example of the way this court has inexorably expanded corporate power.

There are silver linings in the ruling, but they’re corroded. It applies only to closely held corporations—mostly family-held companies in which most of the stock is owned by five or fewer people. That means that the contraceptive mandate is still in place for most large corporations, even conservatives ones like Walmart. In a post-decision conference call, Marcia Greenberger, co-president of the National Women’s Law Center, was scathing about the decision, but she pointed out that the Court had left the “basic contraceptive provision in place and did not question that there is a compelling need for such health care for women in this country.”

Further, Alito made it clear that the ruling is narrowly focused on contraception. It doesn’t give employers carte blanche to discriminate against gay people on religious grounds, or to deny other sorts of medical care that might raise doctrinal objections. “This decision concerns only the contraceptive mandate and should not be understood to hold that all insurance-coverage mandates, e.g., for vaccinations or blood transfusions, must necessarily fall if they conflict with an employer’s religious beliefs,” it says. “Nor does it provide a shield for employers who might cloak illegal discrimination as a religious practice.”

The anti-abortion movement has been very successful at separating abortion from other forms of routine medical care, stigmatizing the doctors who provide them and the women who seek them. We’re currently in the midst of a coordinated attempt to do the same thing to birth control. Right now, for example, the Ohio legislature is considering a bill that would, among other things, ban insurance coverage of the IUD for public employees and Medicaid recipients. However narrowly construed, today’s Supreme Court decision will only encourage such efforts, and that should worry all women, wherever they work.