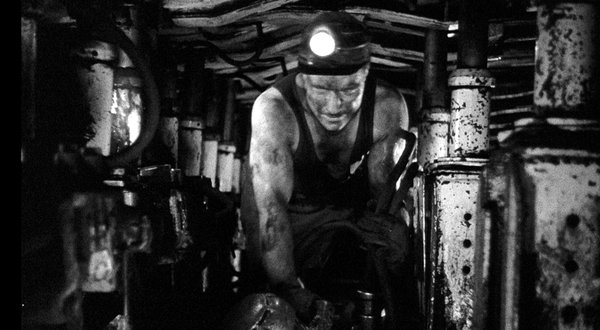 A stunning amateur film, Black Diamonds follows John Morgan (Beckett Bould), as he tries to raise awareness of miners’ working conditions by documenting them on film. A working coal miner himself, Hanmer produced and shot the film on location. Eight decades later, after Durham’s collieries shut down thanks to Margaret Thatcher, filmmaker Bill Morrison culled rare footage from the British Film Institute and other sources to reconstruct the workers’ lives in The Miners’ Hymns. Morrison mined the archives to give new meaning to the forgotten footage, connecting the social, cultural, economic and political aspects of the industry. The film’s images are accompanied by Icelandic composer Johann Johannsson’s haunting score.