Fight for 15 Rally at the State of the State 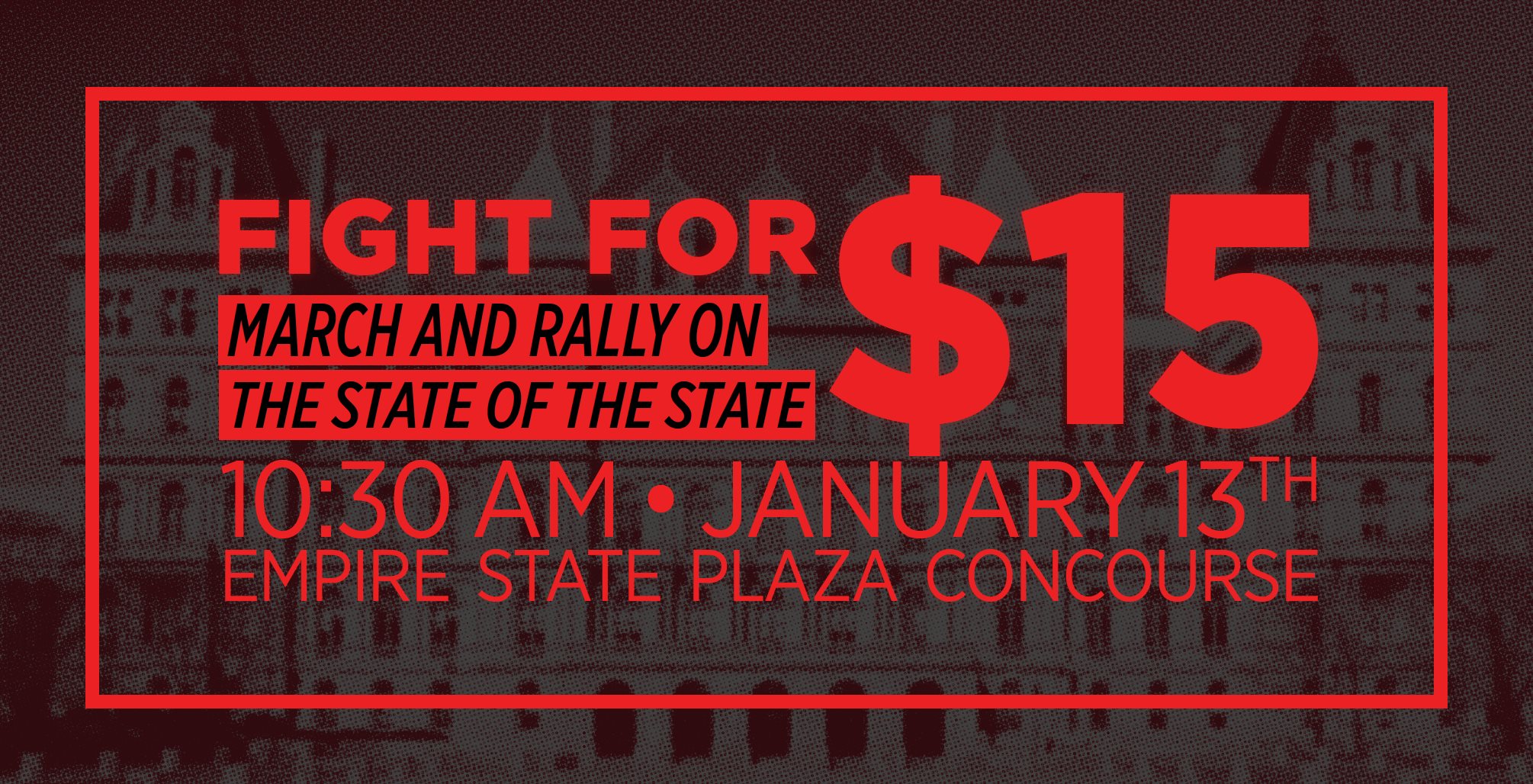 Last year, through the powerful effort of striking fast food workers and progressive organizations like Metro Justice, working people saw a major victory against poverty and corporate greed. Due to the powerful movement we've created, 180,000 fast food workers won a path to a $15 minimum wage in New York State.

That is an immense victory that will go a long ways toward addressing chronic poverty in our communities. But there are nearly 3 million workers in the state still earning under $15/hr that also need to see an end to poverty wages. The state legislature can pass a statewide $15 in 2016 – but they need to feel the pressure from people across the state who know that an $8.75 minimum wage isn't enough to live on.

Take a stand against poverty wages in New York on January 13!

There will be buses leaving from Rochester and returning in the evening. You have to RSVP here to ensure you'll have a seat!