Get on the bus! Lobby Day for Marijuana Legalization 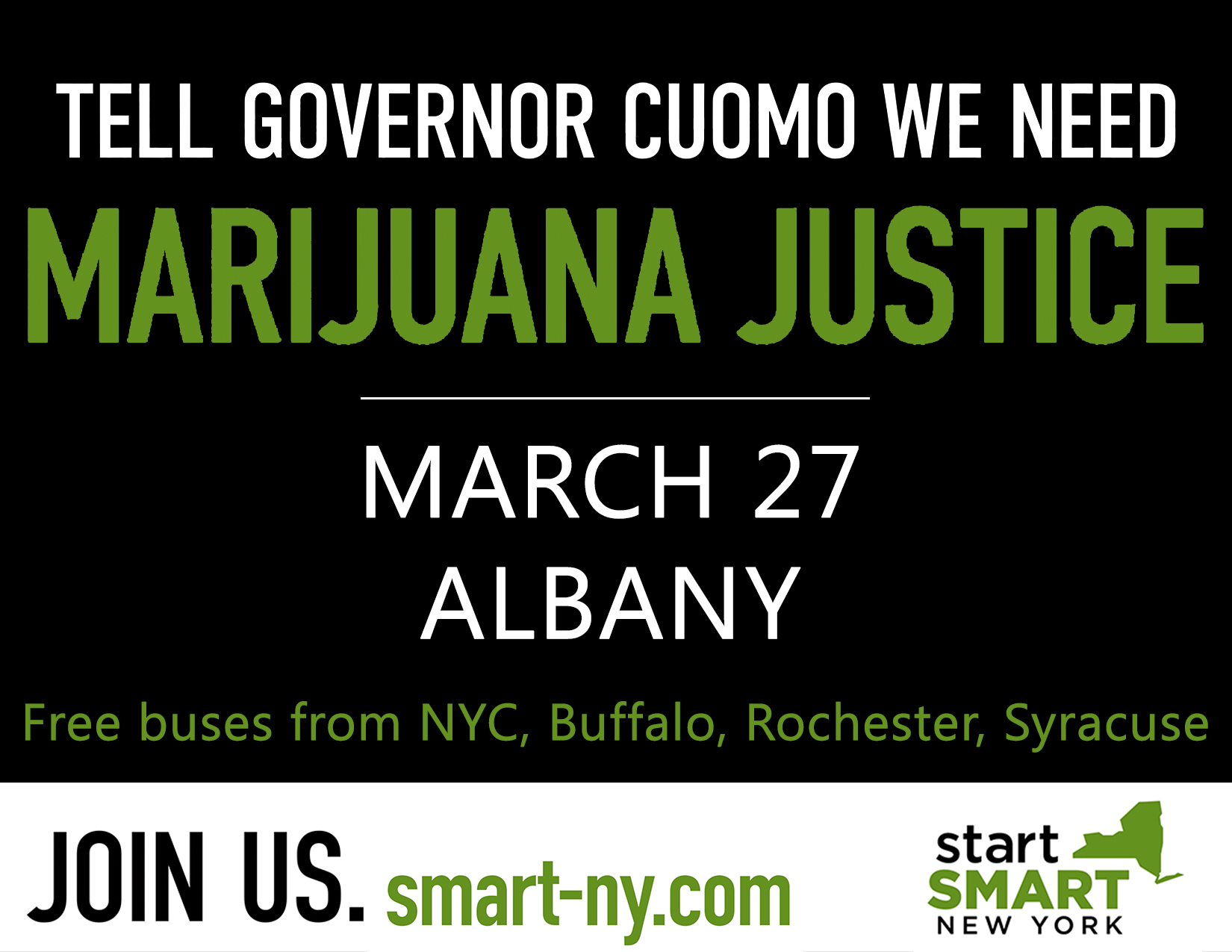 After years of tireless advocacy by the Start SMART Coalition, Governor Cuomo finally announced in January that marijuana legalization is among his top priorities and included legalization in the state budget that must be approved by April 1.

Now, the legislature is going into the final weeks of negotiation on the state budget, and they need to hear from us! This is our final opportunity to ensure that marijuana is not only legalized -- but legalized the right way rooted in racial, economic, and social justice – and included in the budget. So, we call on you to join us in Albany on Wednesday, March 27 for a critical day of rallies, press conferences, and lobby visits before the budget is approved on April 1. It's up to us make sure that marijuana is legalized in an equitable way in NYS.

That means we need marijuana legalization that:

2. Reinvests revenue from a legal marijuana industry into communities historically harmed by the drug war. This means that after program costs, 50% of revenue shall provide job training, promote adult education, support youth development programming, establish or expand community centers, bolster re-entry services for the formerly incarcerated, and otherwise support community- focused programming in communities disproportionately impacted by the drug war; 25% should be directed to support the state department of education (with a maintenance of effort clause) to keep public schools open and provide a quality education; and the remaining 25% should be used for drug treatment programs and public education campaigns geared toward reducing overdoses and saving lives.

3. Prioritizes local communities impacted by the drug war for business licenses and jobs in a legal marijuana industry.

Joining us in Albany is a full-day commitment. Transportation, breakfast, and lunch will be provided. Final location and time to board the bus will be announced shortly. However, plan to board around 5:45 AM at a location around downtown Rochester. Plan to return to Rochester around 7 PM. You must RSVP as soon as possible to reserve a spot on the bus! Hope you will join us.