Volunteer for the Healthcare is a Human Right Campaign! 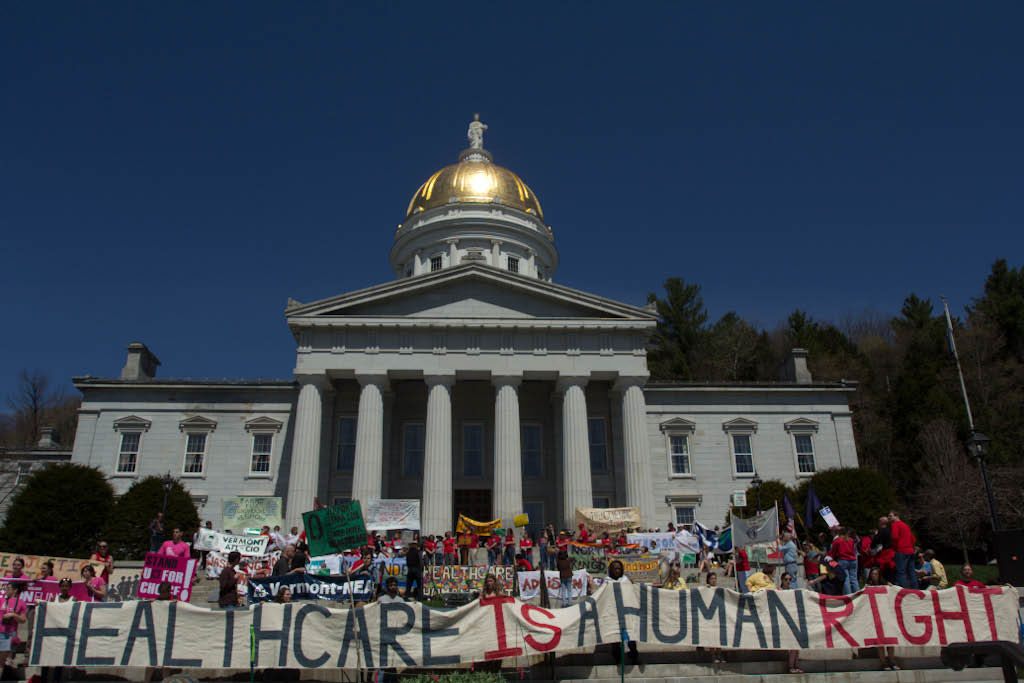 United States for lack of proper health insurance. The health care system of the United States is often a death sentence for the poor.

At Metro Justice, we say that Health Care is a Human Right! We intend to fight for it.

Luckily, there are plenty of models for what a health care system that makes health care a human right looks like. Every industrial nation in the world, other than the United States uses another model.

What is Single-Payer Health Care?

Assemblymember Gottfried convinced lawmakers four years ago to fund a study of the most cost-effective way to provide health care to all New Yorkers. The answer was single payer, which would reduce overall health care expenditures in New York by $20 billion annually by 2019. The state study said that single payer would be $28 billion cheaper annually by 2019 than the insurance mandate enacted by Congress. In addition to saving money, single payer was the only plan that guaranteed that everyone would have access to health care services.

Help us build a movement to ensure that everyone has access to quality health care! We can't do this without the support of our community!