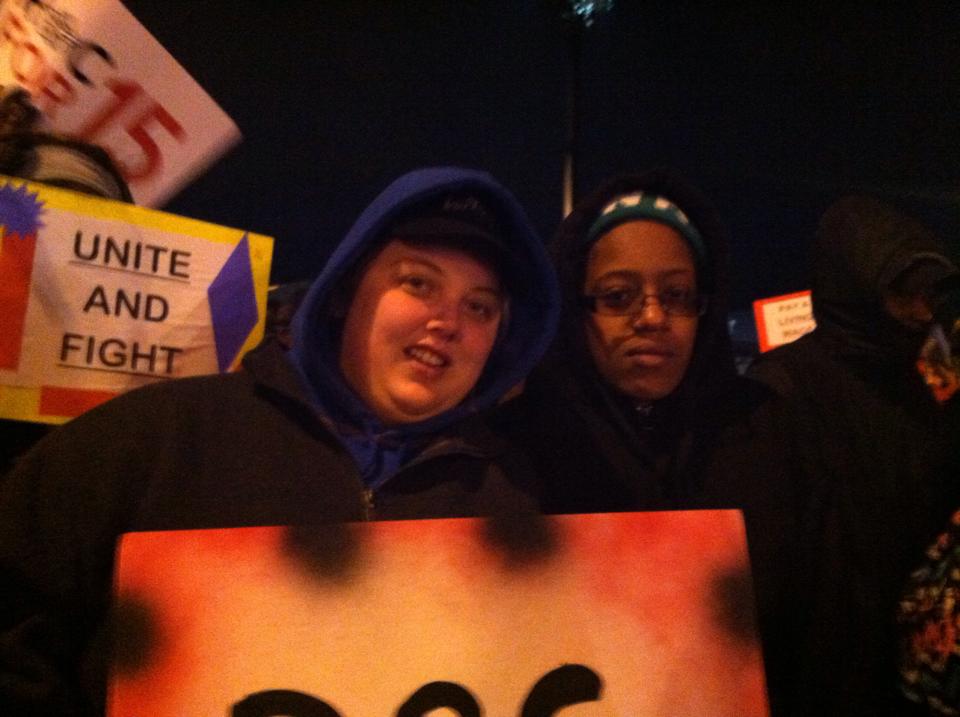 We have reached a milestone in the Fight For $15 movement, the National Labor Relations Board is holding McDonald's accountable for retaliatory actions taken by franchisers against employees participating in labor protests. Granted, this is just one fast food chain being held accountable, but McDonald's is also the largest, most well known fast food chain in the country. This decision could help set precedents for other fast food chains, especially chains with franchise holders. Sarah Lazare's article for Common Dreams details the reasoning behind this decision, and how McDonald's is taking it.

Many fast food companies license out franchises. Owners will purchase a franchise, and be able to sell product under a parent corporation's name. That corporation will provide access to resources such as equipment, ingredients, uniforms, policy handbooks, etc. Said corporation will have a say in how a franchise is run for the sake of consistency, like how all McDonald's sell Big Macs. Variations in supply that are allowed, are usually based on local customer demand. Now where this ruling plays in, is in how much McDonald's as a corporation has an influence on McDonald's as a franchise.

With this ruling to protect the right to organize for McDonald's workers, it's a matter of time before other fast food workers can feel equally protected regardless of which company they ultimately work under. Their right to organize is already protected by law, but there's some extra oomph when the corporation they work for can be held accountable for the actions of their franchise owners. How are you supporting our fast food workers? Have you joined any of the protests? Are you boycotting fast food?

(Image: Rebecca from the East Ridge Wendy's and AJ from the Mount Hope Burger King at one of our early December fast food strikes.)

Marking another victory for fast food workers who have staged strikes and protests across the United States, the National Labor Relations Board announced Friday it is taking joint legal action against McDonald's Corporation and several franchisees for violating employees' rights to organize.

The NLRB declared in a press release released Friday that it is issuing 13 complaints involving 78 charges of alleged wrongdoing against the fast food giant for "taking actions against [workers] for engaging in activities aimed at improving their wages and working conditions, including participating in nationwide fast food worker protests about their terms and conditions of employment during the past two years."

Violations include: "discriminatory discipline, reductions in hours, discharges, and other coercive conduct directed at employees in response to union and protected concerted activity, including threats, surveillance, interrogations, promises of benefit, and overbroad restrictions on communicating with union representatives or with other employees about unions and the employees’ terms and conditions of employment," the NLRB states.

The NLRB, furthermore, notes that it is treating McDonald's and its franchisees as "joint employers"—striking a blow to the previous efforts of the parent corporation to dodge liability for how its restaurants treat workers.

The charges emerged from a growing fast food worker movement, which has organized rolling strikes and protests across the United States and world demanding a $15 dollar minimum wage and the right to organize. Workers have repeatedly called for McDonald's to be held directly accountable for labor violations and poverty wages at franchises.

According to Michael Wasser, writing for Jobs With Justice, the NLRB's joint employer classification "is a big deal."

"We know McDonald’s sets rigorous operating standards for its franchisees, from menus, to uniforms, to employment practices," writes Wasser. "And we know that they monitor and enforce those standards at the corporate level. McDonald’s therefore shouldn’t be able to walk away when those practices appear to run afoul of the law."

McDonald's immediately released a statement saying it will "contest the joint employer allegations as well as the unfair labor practice charges in the proper forums."

But Micah Wissinger, an attorney who levied one of the cases on behalf of New York City McDonald's workers, said, "McDonald's and its corporate lobbyists continue to claim that the company has no responsibility for workers at its restaurants, but today's complaint underscores the obvious fact that McDonald's is the boss."

"The complaint validates what workers have been saying over and over again—that McDonald's requires franchisees to adhere to such regimented rules and regulations that there's no doubt who's really in charge," Wissinger continued.