New York's Governor Wants to Force Homeless Indoors, but it's Not a Good Thing 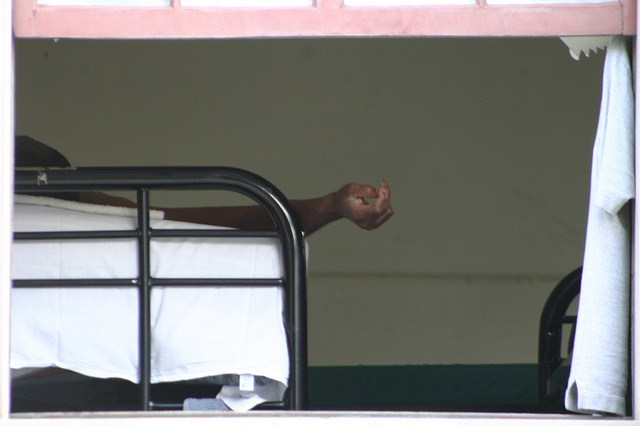 It finally feels like winter, which means it's been cold. State Governor Andrew Cuomo has passed an order that any homeless person found by a state official is to be taken to shelter for the night. While we can hail this as a thoughtful decision, sheltering people in need from the elements, there is more that could be done.

Bryce Covert's article for Think Progress brings up how simply sheltering the homeless at night is not enough. It's treatment of a symptom, and will push shelters beyond their limits to comply with the executive order. People may be sheltered at night, but inclement weather strikes during the day that can be just as harmful. There is also the matter of the fact that it doesn't treat the overall issue of homelessness.

To truly treat the issue of homelessness, there should be more permanent solutions. More shelter needs to be available. The state of Utah is providing permanent shelter to the homeless, and it's actually saving the state money! Austin, Texas is utilizing the tiny house movement as a means to give homeless people permanent shelter.

Moving from a "shelter first" to a "housing first" approach could do wonders for those who are homeless. Permanent shelter for many is the first step to getting one's life back in order, and would be much more compassionate than simply pushing people into overcrowded shelters. Those shelters are doing their best, but will be stretching their boundaries to accommodate everybody.

On Sunday, New York Gov. Andrew Cuomo (D) announced an executive order that will require all local officials to bring homeless people inside when the temperatures dip below freezing, even against their will. It also requires shelters to extend their hours whenever there is dangerous inclement weather.

The cold can be deadly for someone outside without shelter, even at temperatures above freezing. “It’s about love. It’s about compassion. It’s about helping one another and basic human decency,” Cuomo told NY1 in describing the new policy. He also told WCBS radio, “I’m not going to argue an individual’s right to freeze to death.”

But Maria Foscarinis, executive director of the National Law Center on Homelessness and Poverty, doesn’t see it as compassion. She sees it as a misdirection from the steps the state should be taking to help its homeless population of more than 88,000 people.

“It’s good that Governor Cuomo is concerned about people being outside, but I think that he’s focusing on the wrong issue,” she said. “The issue is not that people need to be forced to accept help. The problem is that help is not available.”

While offering shelter is one part of helping the homeless when cold weather strikes, she argued that Cuomo should focus on finding more funding for affordable, permanent housing and even looking for state properties that could be turned into shelter. “Forcing somebody to go inside is not the issue… The issue is that there’s not enough inside places for people to go,” she said. “I think it’s very disingenuous and potentially harmful to frame the issue that way.”

Indeed, the order itself says there are 77,000 available emergency shelter beds — not enough to address the entire homeless population in the state.

Giselle Routhier, policy director at the New York-based Coalition for the Homeless, agreed. “The order doesn’t really provide the resources, it’s just an order,” she said. “It ignores the larger need, which is the permanent, long-term solution of supportive housing.”

The homeless themselves have also pushed back on Cuomo’s order. “I feel violated by this,” William Sanders told the New York Daily News, saying he considers it “cruel and unusual punishment” to force him into a shelter. “Hell no, I won’t go to a shelter! How’s that even lawful? You can’t force people off a public street,” said Luis Diaz.

Something Cuomo could do immediately to help ensure more housing, Routhier argued, would be to commit to matching New York City Mayor Bill de Blasio’s plan to build 15,000 supportive housing units, which would mean a total of 30,000 new places. “What will get [the homeless] off the streets long term [is] affordable, permanent, supportive housing,” Routhier said. “The governor has yet to come out and support a plan.”

Nighttime shelter in the winter is also only one part of the problem. Cold weather during the day can also be dangerous, and living outside has negative health impacts, such as lower life expectancy and leaving the homeless vulnerable to violence, even in warmer months.

Meanwhile, the governor’s framing can do damage to the perception of the homeless. “Implicit in the framing is that there’s help for the asking and that people don’t want to avail themselves of available resources, and that’s simply not true,” Foscarinis said. “The next line of thought is to blame people for being homeless…that they must want to be homeless because shelter is available but they’re not taking it.”