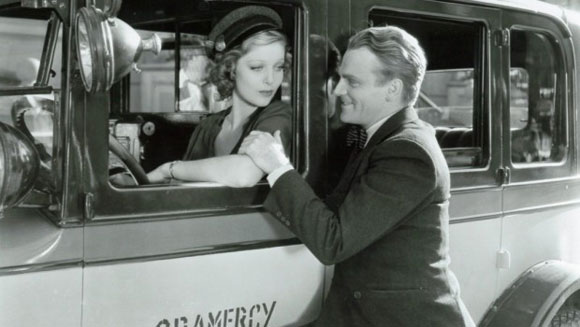 After ruthless hoodlums destroy his taxicab, veteran driver Pop Riley (Guy Kibbee) takes matters into his own hands and kills the man responsible. In an attempt to organize a cabby resistance movement, young driver Matt Nolan (James Cagney) reaches out to Pop’s daughter, Sue (Loretta Young), for support. Despite a rocky start, the two fall in love, yet Matt’s fiery temper threatens to ruin their relationship and land him in hot water. A raucous ride, Taxi! handles the topic of workers’ rights with pre-code panache.