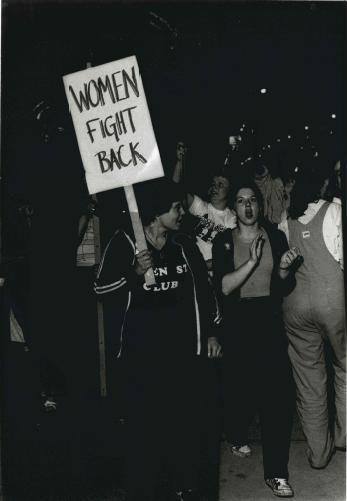 Governor Cuomo presented us with his outline for the Women’s Equality Act during his State of the State Address in January.  The act contained 10 points to move our state towards women’s equality.  The act sought to:

While the NYS Assembly passed the entirety of the Women’s Equality Act, the Senate passed only the first nine individual bills, refusing to vote on the bill protecting a woman’s right to choose.

While the right to obtain an abortion in New York is currently protected under the Supreme Court Decision Roe v. Wade, passed in 1973, New York’s own abortion laws date back to 1970, never having been updated to reflect federal law.  So while the tenth bill would only update New York’s 43-year-old abortion laws, our lawmakers refused to pass it.

The events of last June have left us with many questions.  Why did this bill fail?  Why oppose a bill that guarantees a woman’s right to abortion as outlined in Roe v. Wade? Is the climate for women’s abortion rights in New York turning hostile?  Are New York women at risk for losing our safe and legal abortion access?  What are we doing about it?

Join us now as we look towards the future of the Women’s Equality Act.  Sharing their wisdom are Betty DeFrazio, Executive Director of Planned Parenthood of the Rochester/Syracuse Region Action Fund and KaeLyn Rich, Director of the Genesee Valley Chapter of the NYCLU.

Sponsored by WELD (Women’s Equality Liberation and Defense) and co-sponsored by Rochester NOW, the Genesee Chapter of the NYCLU, Metro Justice and Planned Parenthood of the Rochester/Syracuse Region Action Fund.