Fast food workers in Rochester are fighting back! 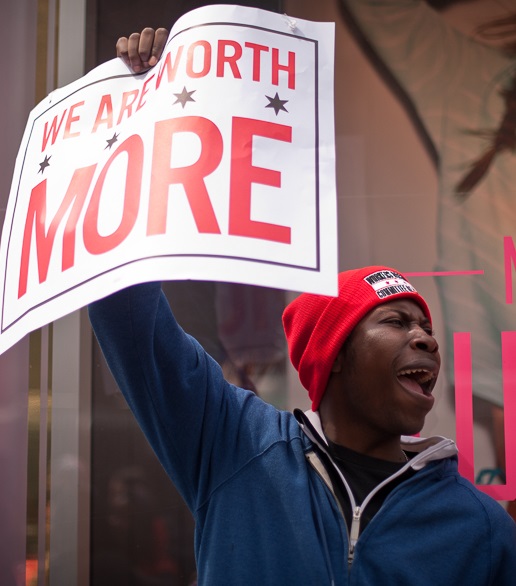 Fast food workers in Rochester are joining thousands of workers in over 100 cities across the United States to demand an industry-wide $15 per hour wage and to form a union without retaliation.

Rochester is the 5th poorest city in the United States. Meanwhile multi-billion dollar corporations like McDonald's, Wendy's, and Burger King take millions in profits away from our city leaving behind only poverty wages. Fast Food workers and Metro Justice are standing up to form the front-line for the fight against poverty for all in Rochester.

By demanding fair wages, union rights, and real respect in the workplace fast-food workers are standing up to fight poverty for our entire community. With higher wages, fast food workers would be able to pull themselves, and their families out of poverty while further supporting local businesses. By seeking to form a union, they are helping to revitalize a labor movement that represents all workers. Will you stand up with us?

Do you want to stand in solidarity with fast-food workers? Sign up here.