$15 and Union Rights for All National Day of Action 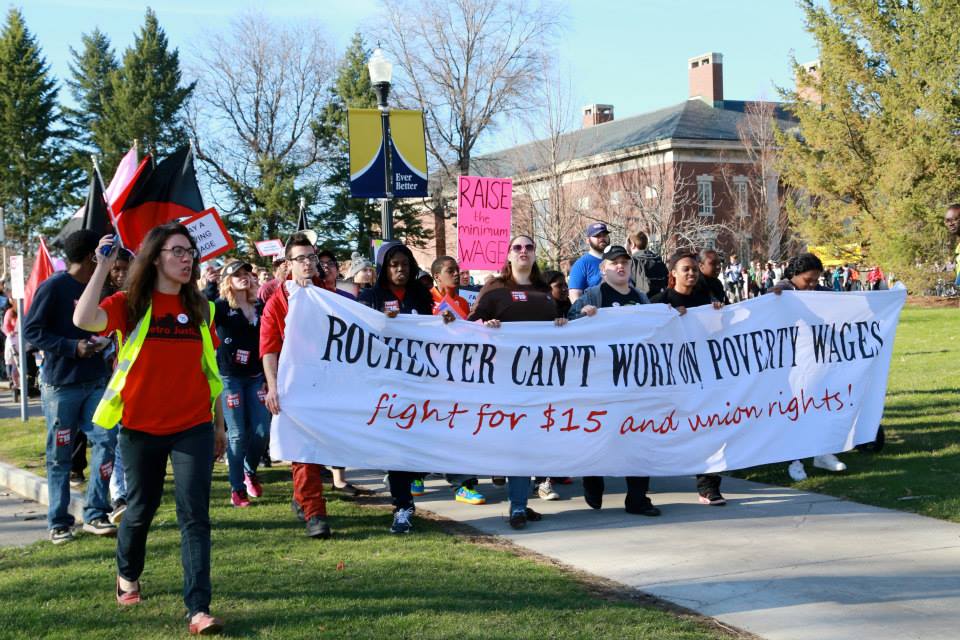 After a major victory earlier this year, where all fast food workers in New York State have a guaranteed path to $15 per hour wage, the Fight for 15 continues to push forward!

Now fast food workers and their allies are beginning, throughout the entire nation, are beginning to build a powerful coalition for racial and economic justice. The cornerstones of this movement nationwide are three major components:

On November 10th, we will participate in a National Day of Action for economic and racial justice. As our movement grows, we are finding that bold, public actions are the real way to create serious transformational change in the nation.

Throughout the day there will be multiple actions. You can begin the day with us at 7am at the corner of Jefferson Rd and Jay Scutti Blvd. For specific directions go here. During the day, we will do numerous actions in relation to the many issues faced by low wage workers and communities of color in Rochester and the region. Call or email Colin for details about these actions, as they will not all be public.

The major mobilization for November 10th will begin at 5pm at Washington Square Park and then march to City Hall.