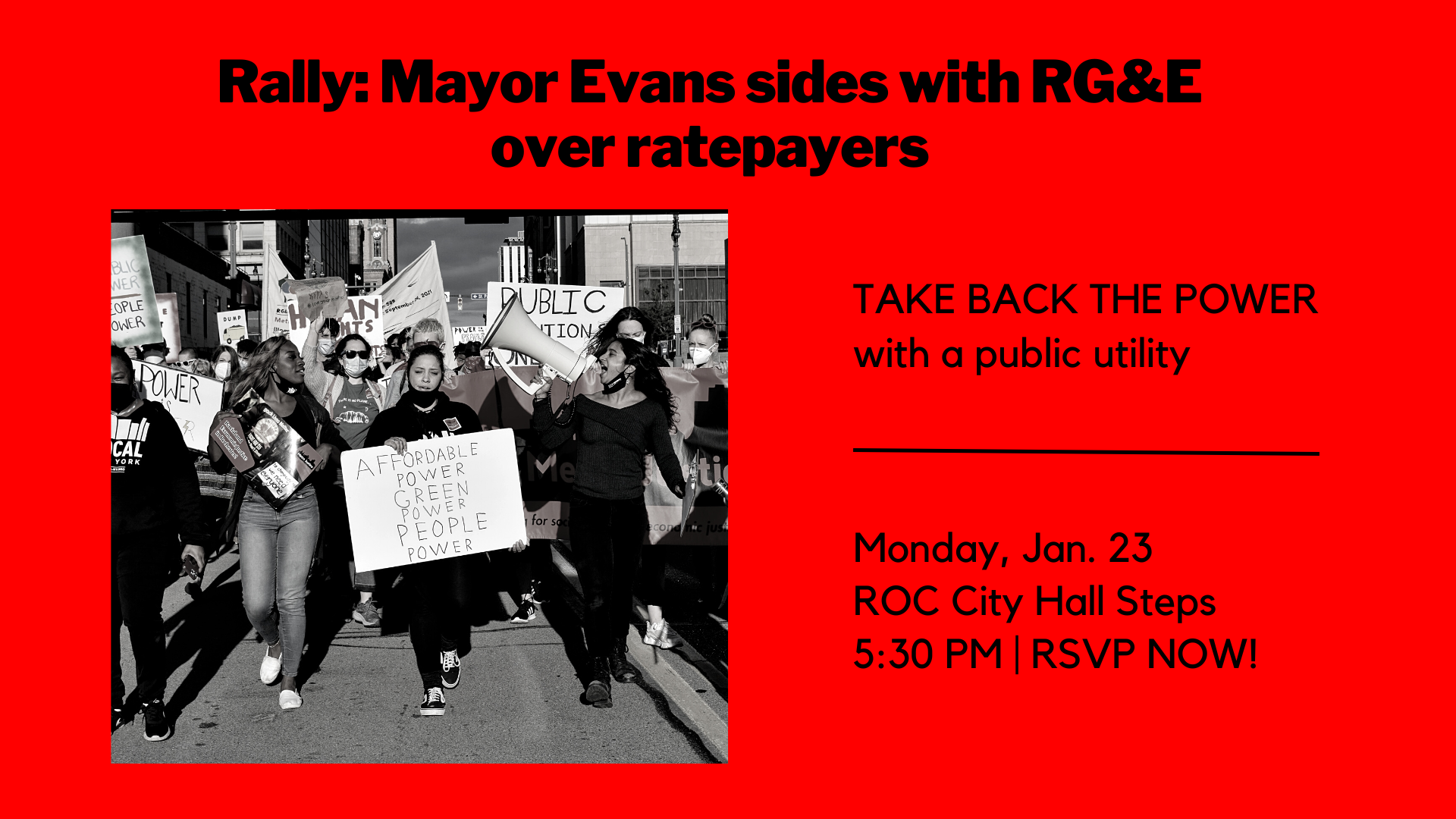 Monday, January 23rd 5:30 PM, now in the Celebration Hall of Downtown Presbyterian Church across from City Hall: Join Metro Justice for a rally and press conference to address RG&E’s ongoing rejection of transparency amidst widespread, lonstanding, and egregious issues, and the Mayor of Rochester’s refusal to hold RG&E accountable while accepting a 1,000 dollar campaign donation for his mayoral race from RG&E's corporate PAC. Despite decades of mismanagement, expensive rates, and a current billing crisis from RG&E, Mayor Evans has now refused to study a public utility as a solution. Within hours of the Mayor’s decision, RG&E backed out of a public meeting with Metro Justice – brokered through the Mayor’s office – that was scheduled for Monday January 23 to address ratepayers’ needs. We’ll meet at that time to show that the people can make our own path!

Nearly a third of Rochester residents live in poverty, while 37% of Rochester households face severe energy burden - up to 25% of their income - from expensive utility bills. Meanwhile, RG&E extracts $108 million in profits from the region each year, and wants to raise our rates by 20%! Rochester area residents have a chance for a real solution – NY state law states that with a study and a positive referendum, RG&E would be forced to sell to the public. It’s a shame that Mayor Evans is siding with RG&E over Rochesterians by choosing inaction. Rochester deserves leaders who solve problems instead of defending their corporate sponsors.

Metro Justice will call attention to the consequences of the Mayor’s choice for Rochester residents, and provide the path forward for the Monroe County and Rochester City Council to still do the right thing: to commission and fund an implementation study for establishing a public utility that is affordable, reliable, locally accountable, and ensures the quality utility service that residents have always deserved.