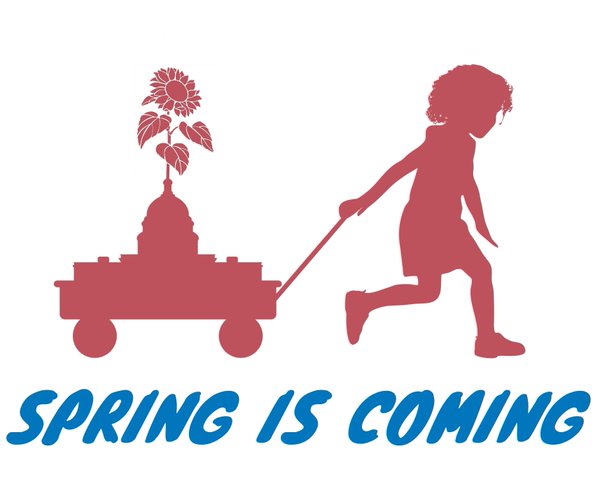 We're fed up. We're fed up with big money in politics, and the resulting lack of integrity. We're fed up with a rigged election system that pushes for party and corporate favored candidates (Looking at you, Hillary!). We want action from those we have elected into office, and not the crybaby partisan tantrums that have been held over Obama's nomination of Merrick Garland for Supreme Court. We demand change, and mainstream corporate media has been silent.

Justin Miller's article for The American Prospect covers last Sunday's rally during the Democracy Spring protests. Thousands have descended upon DC demanding a government that works for the people. The demands are simple and American; protect voting rights, take corporations out of politics, end the obstructionism that has plagued Obama's presidency, smash the oligarchy.

Over a thousand people have been arrested, including the founders of Ben & Jerrys, and actress Rosario Dawson. Yet big media has spoken little of it, instead favoring the three-ring-circus that is the GOP nomination race. Of course Big Corporate news wouldn't cover the movement, because that would mean even more people coming out to fight their influence.

On Sunday, more than a thousand people gathered on Capitol Hill for a “Democracy Awakening” rally to demand that Congress move to protect voting rights, limit political spending, and create a public financing system for political campaigns. Activists also want the Senate to take up President Barack Obama’s nomination of Merrick Garland to replace the late Antonin Scalia on the Supreme Court.

Protesters held signs saying, “Money Talks, We’re Silenced,” and “Let My People Vote!” amid a crowd that displayed some flamboyant props and costumes, including a giant dummy of a corporate lobbyist holding bags of money, an “Uncle Sam” walking around on stilts with corporate logos plastered on his coat, and a man donned in a full suit patterned with hundred-dollar bills.

“Fundamental reform to expand and deepen our democracy, we know from America’s history, follows from one thing and one thing only: mass movements,” Robert Weissman, president of government watchdog group Public Citizen and organizer of the Democracy Awakening, told the crowd. “With our democracy in crisis, now is the time for Americans to mobilize to ensure the right to vote and to get Big Money out of politics. Democracy Awakening is the start of something, not the end, as the democracy movement enters a new phase of intensity, mobilization, aggressive activism, and disruption of business as usual.”

It was the second act of a two-part civic action that began with "Democracy Spring," a Philadelphia-to-D.C. march and sit-in from April 2-16, and a series of teach-ins, rallies, and demonstrations around the Capitol dubbed "Demoracy Awakening" that began Saturday and that were scheduled to conclude Monday. Organizers say what’s unique about the protests is that they have brought together a broad-based coalition—environmental groups, labor unions, civil rights groups, and good-government advocates—around the issue of money in politics. Such coordination, organizers say, signals the beginnings of a mass movement centered on restoring democracy.

Sunday’s events are part of a weeklong series of protests at the Capitol, which has been abuzz with activists agitating to get big money out of the political process. Since last Monday, more than 1,000 activists have been arrested outside the U.S. Capitol in collective acts of civil disobedience. With hundreds of demonstrators showing up each day, it’s been billed as the largest demonstration against money in politics in the country’s history.

The protests and arrests thrust the sometimes-sleepy issue of money in politics into prime time, catalyzed by presidential elections that are on pace to reach record levels of outside spending from super PACs and dark-money groups and by voters who are angrier than ever about the influence of special interests in politics.