Child Poverty and the Single-Mom Misdirect 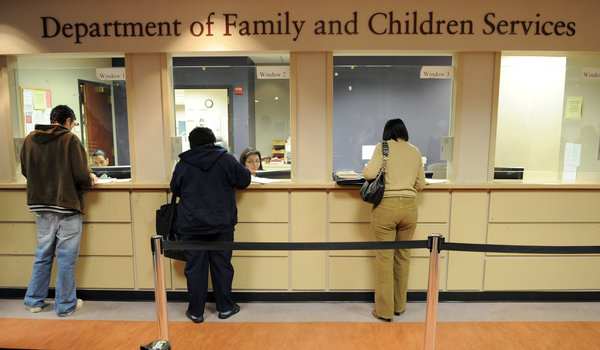 When we as a society discuss poverty, we need to discuss poverty's role in the lives of people who's lives are dependent on others. Children make up a large portion of that dependent population, and are a significant part of our impoverished. Our child poverty rate as a nation is actual number one out of wealthy countries, a dismal statistic.

Consequentialists would like us to believe that unaspiring single mothers are to blame for child poverty. "If they just worked harder, and found better jobs they wouldn't be so poor." "If they waited until marriage and settled down with a nice husband their household would be stable" It's an easier fix to blame the victims than it is to address the true root of poverty, our glaring wealth disparity. Anyone who has worked a low-wage job can attest that those jobs are labor intensive. Lack of "hard work" is not the problem.

Rochester in particular is higher than the 22% national average. We rank seventh in the country for child poverty, with one in four children living below the poverty line. 18% of those children are food insecure, and our teen pregnancy and infant mortality rates are higher than the national average.(Statistics by the Children's Agenda) Single mothers are also the majority in the growing demographic of homeless families in our city. While it is great that we have numerous services to help out people in need, it would be best if we did not need those services as much as we currently do.

In a recent Inequality.org article, Sheila Suess Kennedy tackles the topic of child poverty through pointing out our shameful national statistics. Kennedy slams Congressional Conservatives who blame single mothers for their misfortune in a society of low, stagnant wages, illustrating how those who are placing blame are individuals who have never had to worry about their children going hungry. The question for us is what can we do to lower our poverty statistics? The Fight for 15 is one initiative, and an increased minimum wage would go after the primary cause of poverty. How are you helping?

Over the past couple of decades, a number of conservative politicians have championed a distorted American Exceptionalism characterized by the jingoistic boast, “We’re number one!”

By one yardstick, unfortunately, that boast certainly does ring true. The U.S. child poverty rate now stands at 22 percent, the highest rate of any of the world’s rich countries. Currently, notes a recent report highlighted by The Hill, more than 46 million Americans live in poverty, a third of them children.

This “solution” ignores a simple fact: Other countries with rates of unwed motherhood much like ours in the United States have far lower child poverty rates. In the Scandinavian nations, for instance, child poverty rates hover around 3 percent.

If unmarried mothers are not the cause of childhood poverty, what is? At a recent conference hosted by the Roosevelt Institute, the Century Foundation, and the Academic Pediatric Association, participants considered the causes and consequences of poverty experienced by a significant percentage of the nation’s children.

Low-wage jobs rate as one obvious culprit. At least 30 percent of poor children live in homes where one parent works full-time. But full-time work at the current minimum wage cannot lift a family of three above the poverty line. Worse, most minimum and low-wage jobs are tenuous. Not only are benefits rare, but parents who miss work to care for a sick child are likely to see their pay docked while also risking termination.

Congressmen earn a base salary of $174,000 per year, so it is probably not surprising that few of them seem to understand the stresses poverty exacts from children. These children grow up in very unstable circumstances, with caregivers (usually mothers but increasingly grandparents) whose struggles to make ends meet sap time and energy that the more fortunate can devote to parenting.

If Congress is unlikely to recognize the social and human costs of an inadequate safety net any time soon, at least some state and municipal-level initiatives do hold promise. Several cities, most notably Seattle at $15 per hour, have recently raised their minimum wage. And the Massachusetts legislature has just approved a measure that will gradually raise that state’s minimum wage to $11 an hour by 2017, up from its current $8 level. Governor Deval Patrick is expected to sign it into law.

New York City and Memphis are experimenting with cash transfer programs, and a variety of cities have instituted home visitation programs meant to provide education and other services to low-income families, in an effort to improve cognitive and health outcomes for children in those families.

These experiments, as promising as they may be, are no substitute for a wholesale rethinking of this nation’s approach to poverty, especially as it affects our children.

The past decade has been dominated by a political rhetoric that can only be characterized as Social Darwinism, the belief (bolstered by a distorted Calvinism) that people are poor because they are somehow morally defective, that they are “takers” or lazy or “lack middle-class values.”

Little by little, those stereotypes are being challenged by sound research and by the stories of real people, by the nascent movement for a living wage and ample economic research demonstrating that a living wage benefits the entire economy, not just low-wage workers. That story needs to be told, and retold.

When it comes to child poverty, America should not be number one.