Fight for 15 and Immigrant Workers Take on Trump! 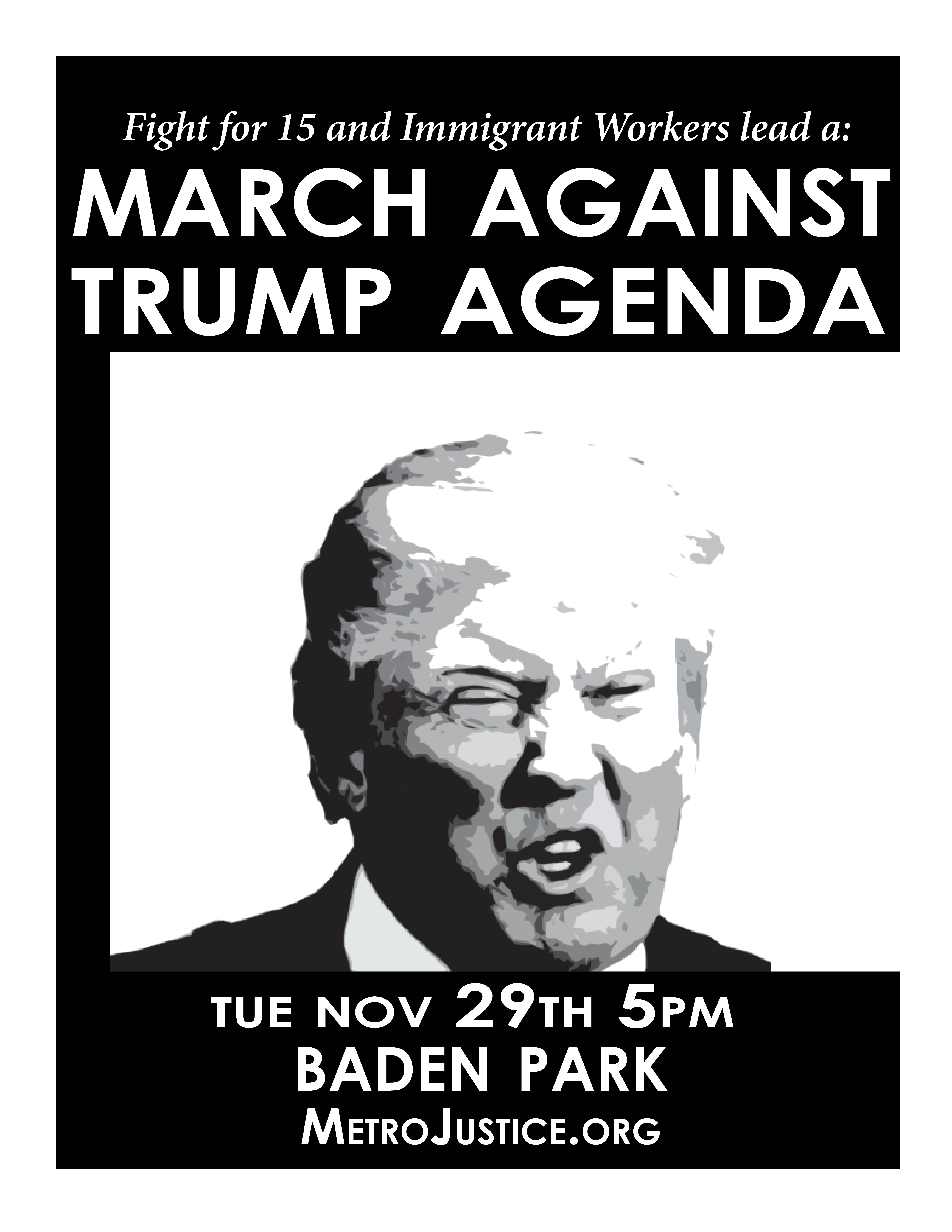 Tuesday, November 29th will be the largest nationally coordinated Day of Action against the Trump Agenda yet. The Fight for 15 and Immigrant Worker movements will organize over 300 rallies and marches across the United States.

In Rochester, the movement of low-wage workers has been coming together over the past few months. This Day of Action is being organized by fast food workers, dairy workers, taxi drivers, barbers, retail workers, home health aides, adjuncts, and workers from across multiple industries. Donald Trump will begin his time as President in the midst of the one of the largest and growing worker movements this country has ever seen.

We will fight. Join us.

Throughout the day there will be multiple actions in defense of worker rights in our city. These actions include: