If You Get Memorial Day Off, You're Lucky 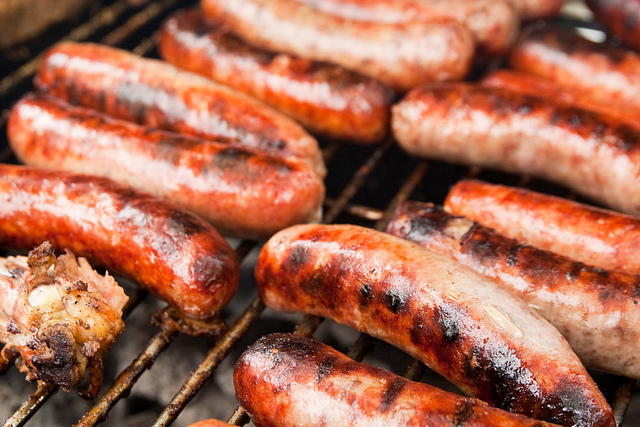 Memorial Day has come and gone, but many are spending the week honoring those who have given their lives in service. Some of them are reminding us the holiday is about more than barbecues and the first beach trip of the season, while others want to open the dialogue on the ideas of war, peace, and the human cost. We also see Memorial Day as the unofficial start of summer, and vacation season.

The majority of workers in America do not get Memorial Day off. Those in retail or food service are working the big sales, or selling supplies for backyard barbecues. For those who do have the day off, only the lucky ones get Memorial Day as a paid holiday. There are no laws calling for paid national holidays, or any holidays for that matter. In many cases it's also up to the employer whether or not those working a holiday get the customary time and a half pay rate. The lack of laws sanctioning paid vacations and holidays are yet another thing setting us behind compared to the rest of the world. Bryve Covert's article for ThinkProgress gives some stats on who is and isn't getting holiday and vacation time, and the benefits of giving employees paid time off.

With the kickoff of vacation season, let's remember that being able to take time off with no worries over workload has become an economic privilege. Many of us who have vacation time feel like there's just too much work to take care of, while others don't get vacation pay at all and work year round. This is why we fight for workers' rights, everyone deserves time off, and everyone deserves to enjoy a holiday with their friends and family.

On Monday, Americans celebrate Memorial Day and many have the day off to be with family, go to the beach, watch a baseball game, and barbecue in the backyard. But the ability to take a break from work is a privilege that not everyone enjoys.

There is no law guaranteeing that workers get paid holidays in the United States. That makes it stand out from 13 developed peer countries that do require companies to offer at least some paid holidays, ranging from one day in France to 13 in Austria and Portugal. But in all other developed peers, workers can at least be assured that they will get paid vacation days that they could use to take a holiday if they wanted. Again, the United States fails to guarantee that benefit as well.

While many American employers do end up giving their workers a paid respite on Memorial Day, a quarter of workers don’t have access to any paid holidays at all. About another quarter doesn’t have access to paid vacation either. The trend has been downward, with companies decreasing how likely they are to give out paid time off over the last two decades, not becoming more generous.

And it’s the workers who can least afford to take an unpaid day that are the most affected by the lack of guaranteed benefits: about a third of those making the lowest wages get paid holidays, compared to more than 80 percent of higher-paid workers. The same pattern holds true for vacation.

Even those workers who get paid time off aren’t doing all that well either, though. The average number of paid vacation days doled out to American employees fell by five between 2013 and 2014. Over the last two decades, employers gave workers a few more vacation days on average but fewer holidays, coming out with no net change.

While it may be a generally accepted norm to be away from the office on a big holiday like Memorial Day, getting paid vacation days doesn’t necessarily mean Americans take a break. On average, Americans only take about half of the vacation days they get from their employers, while 15 percent report not taking any at all. They leave about three unused days on the table every year. When they do take time off, more than 60 percent of Americans say that they are still doing some work. Many say they don’t take time off because they have too much work, their boss doesn’t encourage them to, or they simply can’t afford to do it.

But their employers and the economy suffer when they don’t take some time away from work to decompress. One study found that for every ten hours of vacation time employees at a large company took, their year-end performance ratings wouldincrease by 8 percent. The company also experienced less turnover when workers took more vacation. Former NASA scientists found that the performance reviews for workers who took vacations increased by 82 percent, and the impact was enhanced by longer periods of time off. Dutch workers were found to increase their creativity and cognitive flexibility after taking vacations.

Meanwhile, if Americans used all of their vacation days and took some of them to travel, $67 billion would be pumped into the economy in the form of extra tourism spending.