It's Time for an Upgrade! 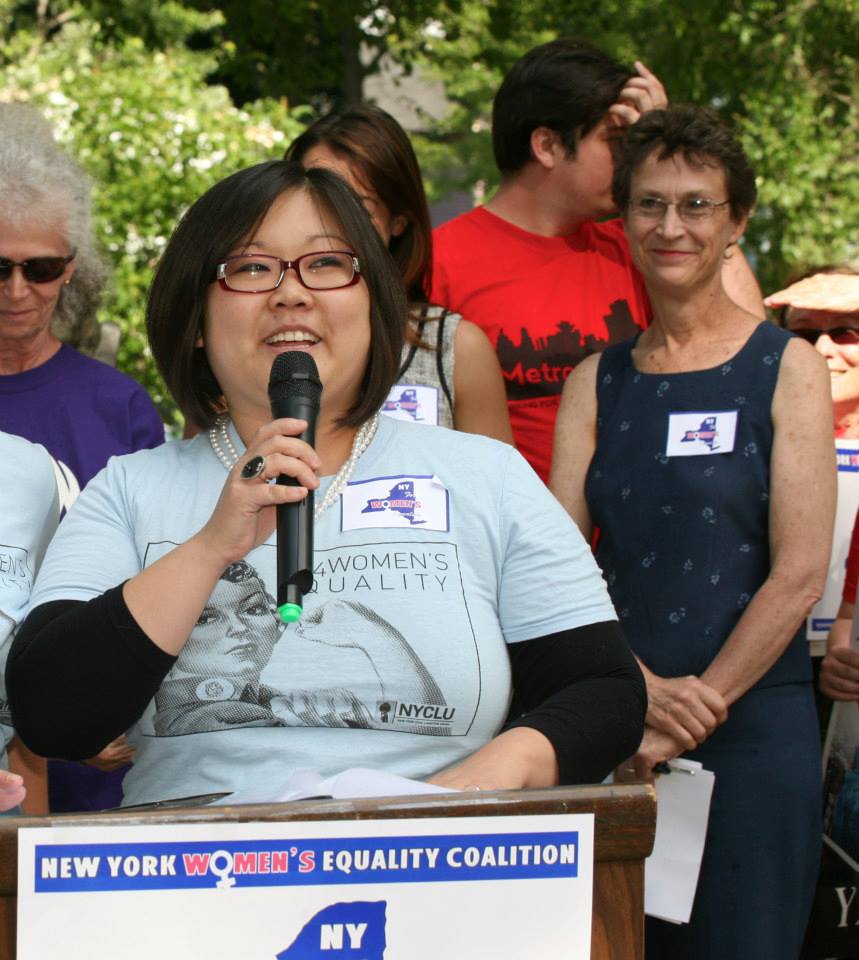 It’s Time for an Upgrade

It’s been almost exactly a year since Governor Cuomo’s 2013 State of the State address, during which he announced his plan to “restore New York as a leader in women's rights” by introducing and passing the Women’s Equality Act. The Women’s Equality Act, or WEA (pronounced /wi/), is a groundbreaking bill that would:

As an intersectional feminist, I found it thrilling to work on WEA, a bill that finally addressed gender discrimination and inequity as an issue of multiple oppressions. Many activists and social change agents eventually come to the conclusion that it’s a lack of a wide range of resources that keeps the poor from gaining wealth over time.

“Intersectionality” is the idea that discrimination, such as racism, sexism, homophobia, transphobia, ageism, and classism, do not act independently of one another but actually weave together to create a system of injustice and social inequality. In order to create an equal society, all forms of oppression should be addressed and dismantled. Doing all this -- tackling the roots of poverty -- seems an insurmountable goal. It means we have to dismantle a structure that is fundamentally patriarchal, sexist, racist, ablest, classist, ageist, and on and on.

WEA will not bring down the whole system. But it tackles the issue of gender inequality as multi-faceted, touching many issues that we have tried to legislate for years and, in some cases, decades.

The fight for women’s rights has been long. It is far from over. The fight for gender equality will not be over after we pass WEA. However, WEA is an enormous step in the right direction. Intersectional feminism demands that all experiences of oppression and discrimination are inextricably linked to gender equality. While WEA certainly does not address all experiences of oppression and discrimination, it shines light on issues that many had not thought of, or didn’t think still existed. It links the issue of housing fairness to the issue of pregnancy discrimination to the issue of human trafficking. It links people and communities.

We did not win WEA in 2013, but we celebrated many successes. In just six months, we built a statewide coalition of over 850 organizations, businesses, nonprofits, and groups. We built localized steering committees and coalitions across the state. In the Finger Lakes region, which includes Rochester and surrounding counties, we had over 50 coalition members and a strong steering committee. Metro Justice joined the steering committee with the Genesee Valley Chapter of the New York Civil Liberties Union, Planned Parenthood of Western and Central NY, Greater Rochester National Organization for Women, YMCA of Rochester and Monroe County, Alternatives for Battered Women, and the League of Women Voters of Rochester Metropolitan Area, and the Rochester-Genesee Valley Area Labor Federation to lead the local fight.

[MORE AFTER THE JUMP]

We held rallies. We collected petition signatures. We built social media campaigns. We staged visibility demonstrations. We went to legislators’ offices in district and in Albany. We brought a busload of folks to Albany to rally and demand passage. We wrote letters-to-the-editor and op-eds and held press conferences. WEA was in the news, locally and statewide. If you were engaged in any type of activism in Rochester, you knew about WEA.

The very last day of the NYS legislative session, we came close. The Assembly passed the 10-point bill. The Senate passed their own versions of the 10-point agenda as 10 stand-alone bills, passing 9 of the 10 on that last day. Unfortunately, WEA did not pass.

On January 8, 2014, the NYS legislative session began. We will continue to fight for the WEA. Our coalitions have stuck together and grown stronger over the session break. And it’s time for New York to upgrade.

We need an upgrade because pregnant workers can be pushed out of their jobs for requesting a modest, temporary accommodation. Common examples of appropriate modifications for pregnant workers include requesting a stool to sit on, more frequent restroom breaks, or an altered uniform. When employers fire pregnant workers, it causes economic instability at a time when families can least afford it. Many pregnant women have to make a choice they should never have to make while preparing to grow their family—choose between their health and their paychecks. Three-quarters of women entering the workforce will be pregnant and employed at some point in their lives. 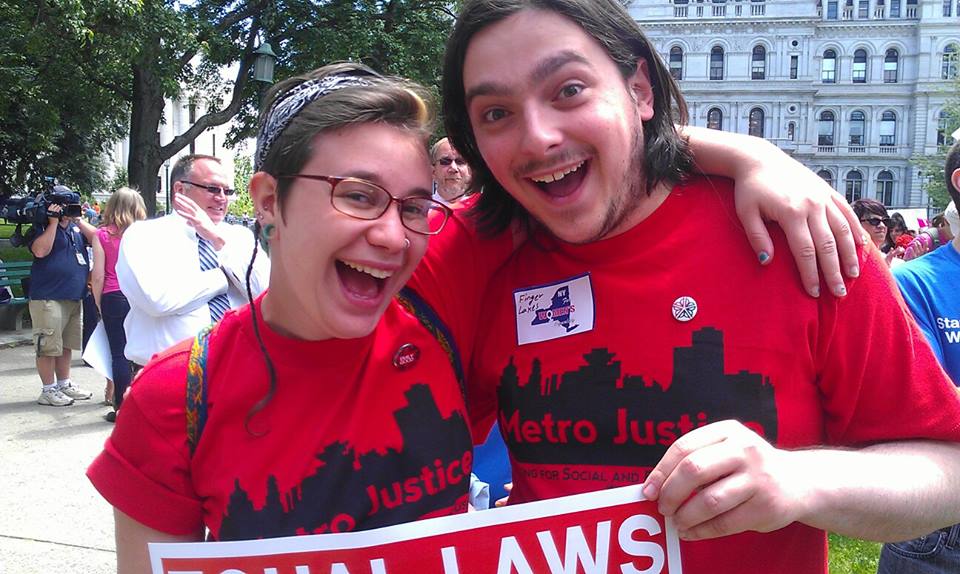 We need an upgrade because women deserve equal pay for equal work. Women make up almost half the workforce but earn far less than men: on average women’s earnings are 84% of men’s; for Latina and Black women, the figures are 55% and 66%, respectively. Men are 32 times more likely to become a CEO of a Fortune 500 company than women. In 2009, the earnings of women one year after college graduation was 82% of what their male counterparts were paid.

We need an upgrade because landlords often refuse to accept tenants with housing vouchers, the vast majority of whom are women. Female headed households receive 76% of all “housing choice vouchers,” and 71% of public housing units are occupied by female-headed households. More than 70% of housing discrimination cases filed in New York State on the basis of sex are filed by women. Since January 1, 2005, of 1,060 housing cases were filed, 772 were filed by women. Additionally, landlords can legally refuse to rent to families escaping domestic violence, 85% of whom are women.

There are too many barriers holding women back. It is time for an upgrade. If you agree, click here to join the Metro Justice WEA campaign committee. We need you to help us upgrade NY.