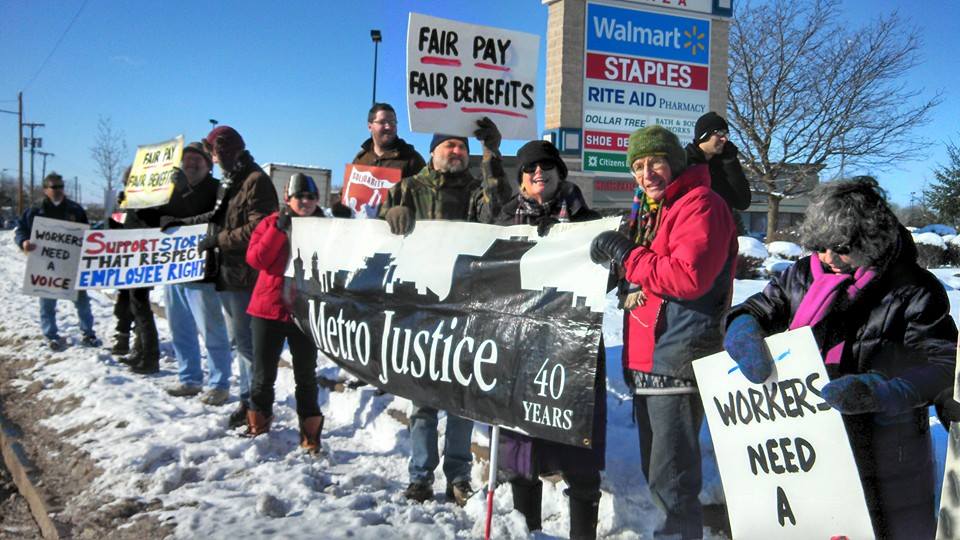 On Black Friday, Metro Justice members went to Walmart in Chili to express their opposition to the poverty wages given to Walmart workers despite their massive profits.

Throughout the country, there were protests at over 1,500 Walmart locations. In Rochester alone, 3 different stores saw protests led by local activists and unions. Along with the Rochester and Genesee Valley Area Labor Federation, United Food and Commercial Workers, and Service Employees International Union Local 200 United, we coordinated protests in Chili, Henrietta, and Webster on Black Friday.

The local protest was covered by Channel 10. You can watch their video here.

There was also dozens arrested in acts of civil disobedience around the country. Democracy Now! reported on their actions here.

At Metro Justice we work to fight poverty by standing in solidarity with workers organizing for better pay and benefits. We also work to promote the efforts of local, fair trade, and sustainable businesses. Attend our 32nd Annual Alternative Fair on December 6-7 to support the work of Metro Justice and shop with a conscience!