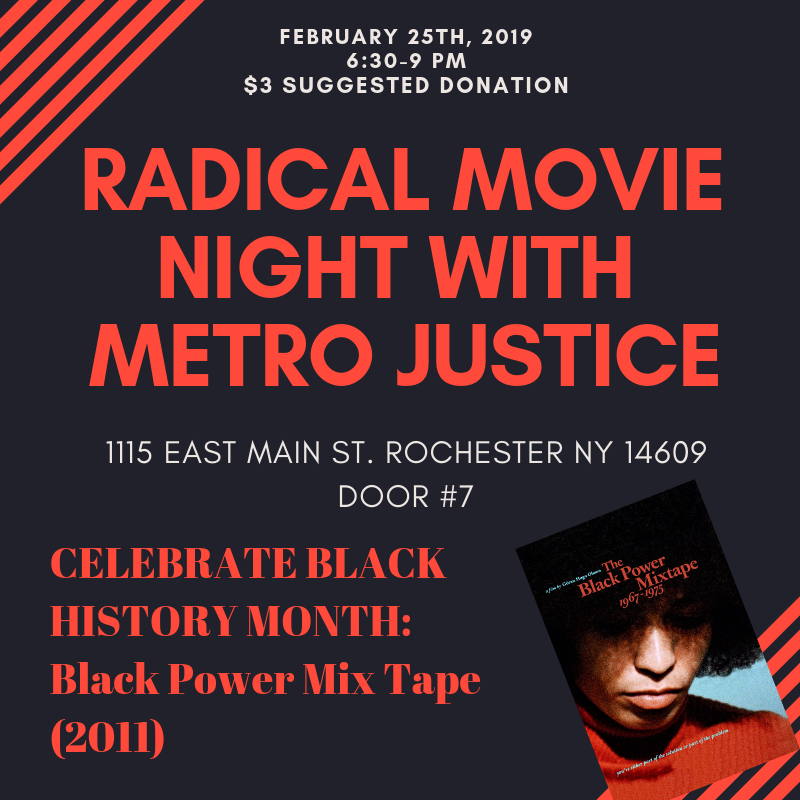 Join us on Feb. 25th at 6:30 to watch The Black Power Mixtape 1967–1975, a 2011 documentary film, directed by Göran Olsson, that examines the evolution of the Black Power movement in American society from 1967 to 1975 as viewed through Swedish journalists and filmmakers. It features footage of the movement shot by Swedish journalists in America between 1967–1975 with appearances by Angela Davis, Bobby Seale, Huey P. Newton, Eldridge Cleaver, and other activists, artists, and leaders central to the movement.

This months screening is co-hosted by our Racial Justice Initiative.

Come hang out, watch the film, and learn with us!