New Study: Racism Can Make Kids Sick - For the Rest of Their Lives 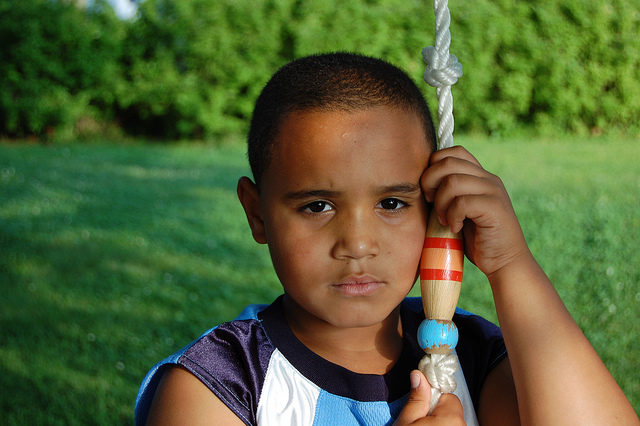 It's fairly common knowledge that stress is bad for your health. It can lead to a weakened immune system, heart problems, sleep disruption, premature aging, and a number of other ailments. Long-term stress can be a risk factor in cancer, preventable accidents, poor grades, and declining mental health. Our market is decently saturated with products and services marketed as ways to reduce our stress, primarily tailored for the stress of living in a fast-paced corporate society.

What about stress and oppression? Gabrielle Canon's article for Mother Jones discusses how racism causes stress, and health problems, for racial minorities. The study conducted by Northwestern University studied the cortisol (stress hormone) levels of a varied group of participants over the past two decades. Participants who faced discrimination during adolescence had cortisol levels outside the average range, while peers who did not face discrimination had average cortisol levels. Many of the participants who reported discrimination were African American.

We need to remind ourselves that racism still exists, and that it is hurting people. If we want to care about the well-being of others we need to fight harder against discrimination on all levels from the obvious gestures to the micro aggressions oppressed people face on a daily basis. What are you doing to fight discrimination?

Racism is still one of America's greatest social ills—and it might actually be making people sick. According to a new study out of Northwestern University, racial discrimination experienced in adolescence can have a profound impact on health later in life.

Controlling for other factors that might cause stress, including socioeconomic status, health behaviors, and depression, researchers found that adults who had reported higher levels of discrimination when they were young had disrupted stress hormone levels 20 years later—and that African Americans experienced the effects at greater levels than their white counterparts.

"There's sometimes a tendency to say, 'Oh, they are just kids—they will get over it,'" says developmental psychologist and head researcher Emma Adam. "But it turns out there can be lasting impact."

Using participants from the Maryland Adolescent Development Context Study—a large-scale, 20-year survey that included adolescents from a broad range of socioeconomic backgrounds—the researchers were able to compare levels of the stress hormone cortisol in adults to the responses they gave as 12-year-olds.

Normal cortisol levels are high when you wake up, increase about 30 minutes later, and then slowly decline throughout the day, winding you down until it's time for bed. "The high morning levels are there to activate you for the day, giving you the energy and focus, and stimulate your appetite to basically rev you up to face the demands of your day," Adam says.

But, the researchers found, those who reported they had experienced discrimination when they were 12 years old now have much flatter cortisol ranges. "Under stress you lose some of that important cycle," Adam says. "You get a drop of those morning levels, you wake up groggier, and it is harder to sleep at night."

While the effects on daily functioning are troublesome, the long-term effects are far worse: These flat rhythms are associated with higher risk for life-threatening health problems like cardiovascular disease and diabetes, and also can cause depression and chronic fatigue.

African Americans reported experiencing discrimination at much higher levels over the course of the study, and Adam believes that likely triggered chronic stress. "The stress hormones I study respond to not just the presence of discrimination but even the anticipation that it might happen," she says. "That is why discrimination is such a pervasive negative influence and really harmful to biology and health."

While the study did not look into ways to mitigate the effects, Adam says previous research indicates increased emotional support and getting enough sleep can help improve hormone levels.

"I think the message is: For folks who would like to say that this is a thing of the past—it is not," she says. "These are concerns that are affecting the daily functioning, the health, and the well-being of African Americans, and it should be of concern to the whole country."