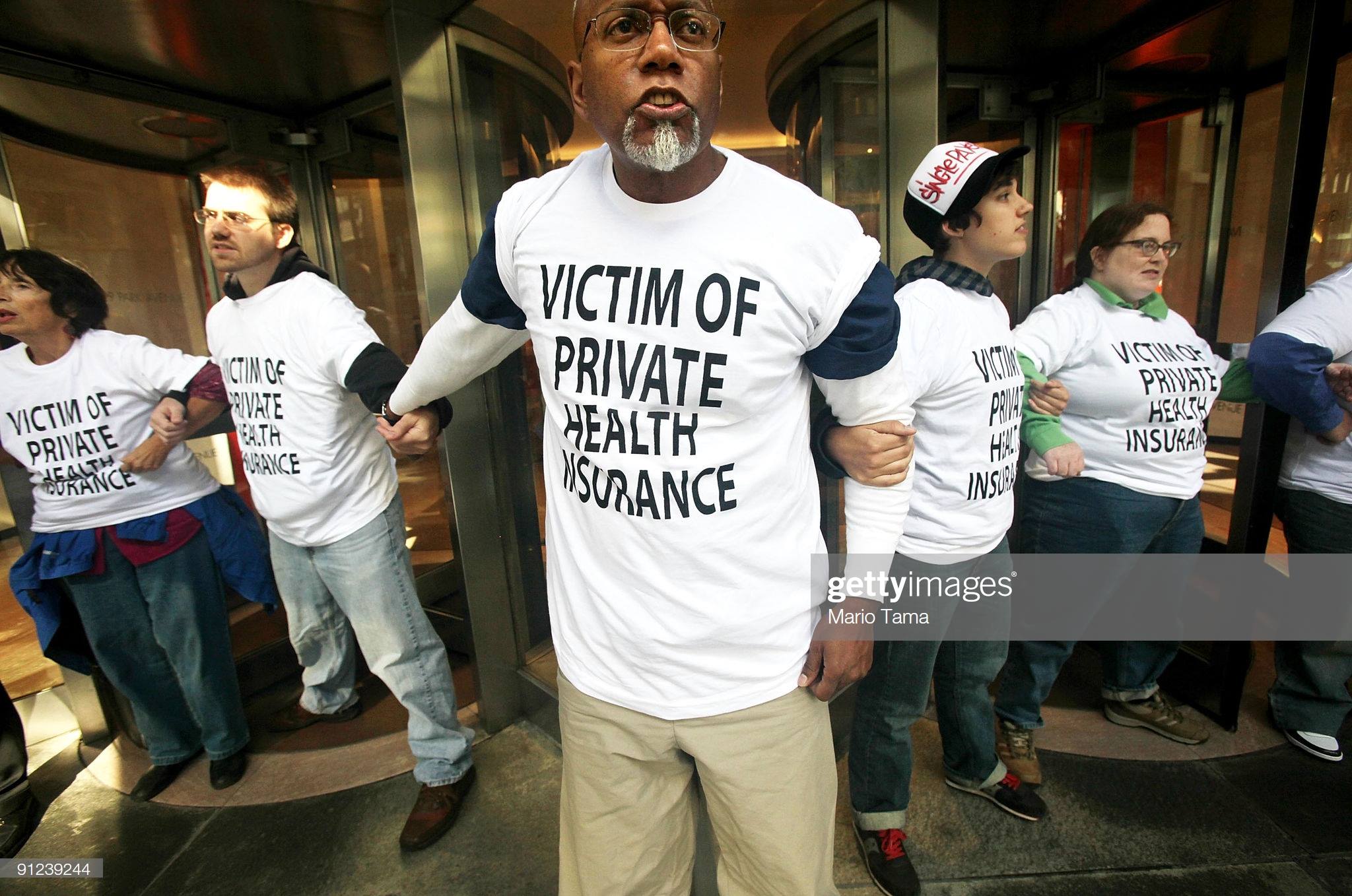 On Thursday, Nov 21st, the Campaign for New York Health is protesting the annual meeting of the New York Health Plan Association (NYHPA) in Albany. The NYHPA is a trade association/lobby group that serves our state’s private health insurers. NYHPA and their corporate allies have formed the misleading “Realities of Single Payer Coalition” that’s desperately fighting a highly popular bill in the state legislature to guarantee publicly-funded healthcare for all (NY Health Act).

The NYHPA is the biggest obstacle to making health care a human right in NYS, so we must fight back. Join us in Albany for a picket, speak out, and rally to tell them it is time for them to GO!
UnitedHealth Group, a prominent member of the NYHPA, is currently being investigated in NY for using a racially-biased algorithm that resulted in less care for Black patients with more complex health conditions than white patients. Meanwhile, UnitedHealth Group's CEO David Wichmann's total compensation for 2018 was $21.5 million while denying and withholding needed care for people.

50% of NYers failed to get the medical attention needed because of cost barriers.

39,000 people died due to lack of healthcare last year.

Enough is enough. We need to get greedy profiteers out of our healthcare by passing the New York Health Act and Medicare for All. When we fight, we win.

Please RSVP as soon as possible so we can have enough signs, food, and transportation: www.bit.ly/PicketTheProfiteers2019

Metro Justice will be coordinating transportation to Albany from Rochester. Lunch will also be provided. The pick-up and drop-off location still have to be determined, but please expect to meet up around 7:15 AM to depart for Albany and to return to Rochester by about 7 PM. Our Lead Organizer, Mohini Sharma, will make sure you have transportation details at least a week in advance.