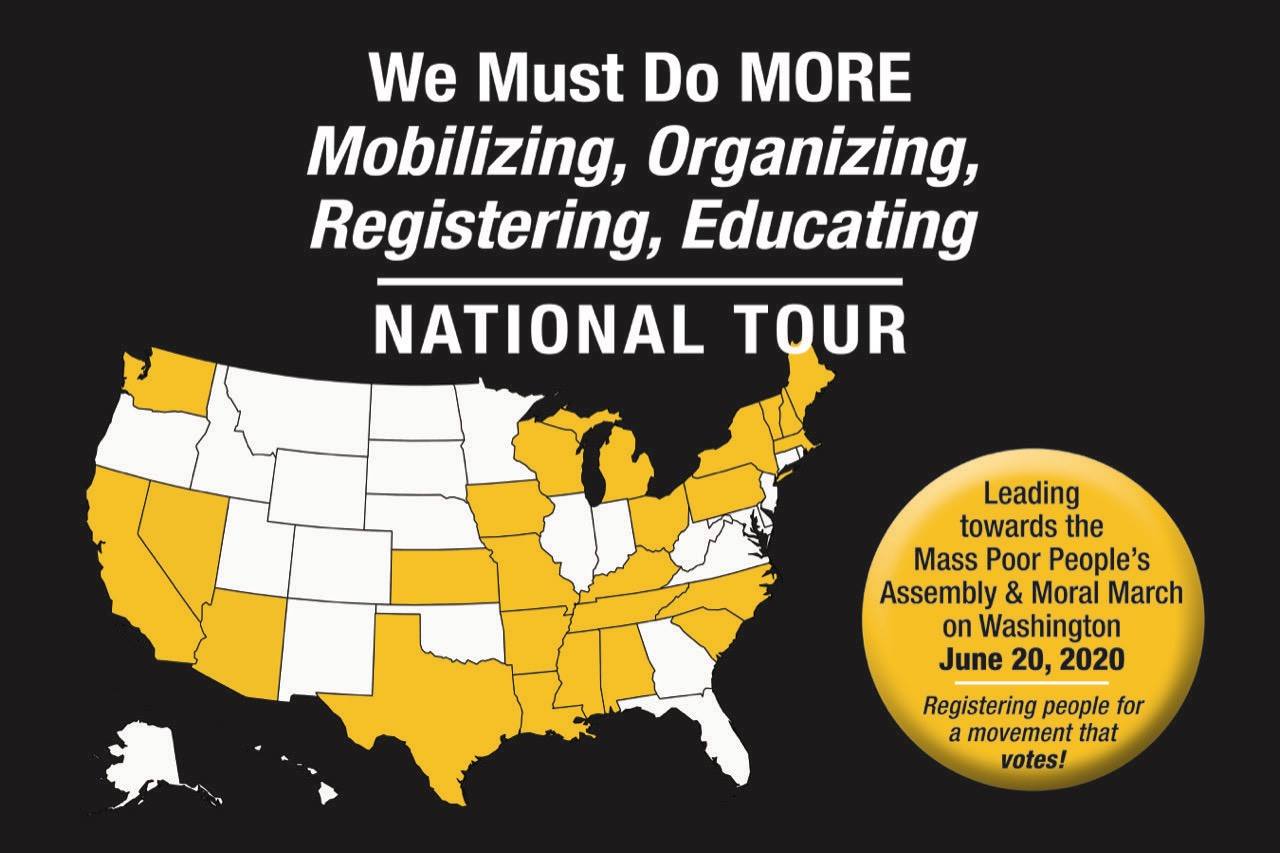 Join the Poor People's Campaign: A National Call for Moral Revival in Rochester, NY for the 12th stop of the We Must Do MORE National Tour as we "Mobilize, Organize, Register and Educate!"

The tour stop in New York will culminate with a Mass Meeting on Friday, February 7th in Rochester, NY at Mt. Olivet Baptist Church, (141 Adams St., Rochester, NY 14608). At the Mass Meeting, we will hear from community members directly impacted by systemic racism, poverty, ecological devastation, militarism and the war economy, and the corrupt moral narrative. We will also hear from Rev. Barber and Rev. Theoharis, Co-Chairs of the Poor People's Campaign: A National Call for Moral Revival.

The Poor People’s Campaign: A National Call for Moral Revival is organizing a 25-state We Must Do MORE National Tour from September 2019 to May 2020. This tour will lead into the Mass Poor People’s Assembly & Moral March on Washington D.C., where thousands of poor people and moral agents will gather at the nation’s capitol on June 20, 2020 to demonstrate our power.

We will demand the implementation of our Moral Agenda and call all people of conscience to engage in deeply moral civic engagement and voting that cares about poor and low-wealth people, the sick, immigrants, workers, the environment, people with disabilities, first nations, the LGBTQ community, and peace over war.

Be sure to RSVP Below!