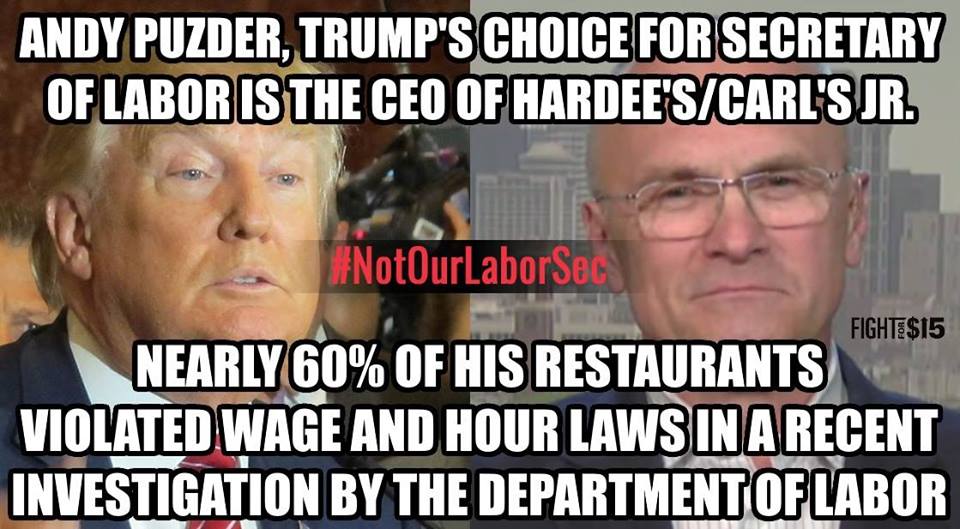 Join us at the Federal Building in downtown Rochester to stand against fast food CEO Andy Puzder from becoming secretary of the U.S Department of Labor! Puzder has a vicious track record of being against wage increases and threatening to replace workers with robots.

"President-elect Donald Trump tapped Puzder to lead the Labor Department, which is responsible for protecting workers from corporate abuses. But Puzder’s appointment is generating blowback, particularly from his own workers, who complain the CKE chief executive has not only held down their wages but also threatened to replace them with robots..."

“Andy Puzder represents the worst of the rigged economy Donald Trump pledged to take on as president,” Terrance Dixon, a Hardee's worker in St. Louis, said in a statement. “If Puzder is confirmed as labor secretary, it will mean the Trump years will be about low pay, wage theft, sexual harassment and racial discrimination, instead of making lives better for working Americans like me.”