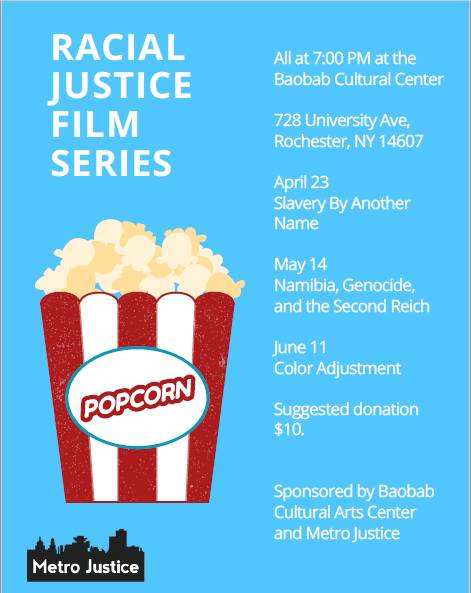 The Metro Justice Racial Justice Film Series is back! We hope that you'll join us for some powerful films and discussion to learn about and dismantle white supremacy.

We are partnering with the Baobab Cultural Center for these screenings and are asking a $10 donation to help sustain the series and the Cultural Center.

In April, our movie will be Slavery by Another Name. Convict leasing, sharecropping, peonage—these were some of the many forms of slavery forced upon African-American people after being freed through Abraham Lincoln’s Emancipation Proclamation. Directed by Sam Pollard, produced by Catherine Allan and Douglas Blackmon and written by Sheila Curran-Bernard, Slavery by Another Name shines a light on the injustices occurring after African Americans were freed, specifically in the South.