The Economics of the New Jim Crow 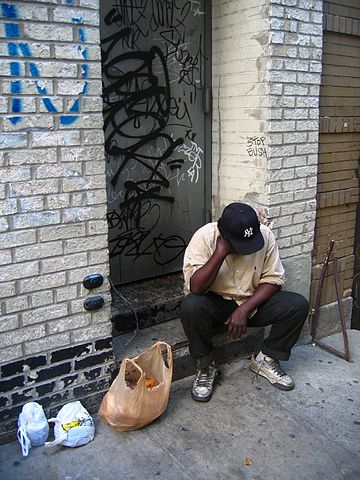 Between the heartbreaking attack on Emmanuel AME Church in South Carolina, and the suspected arson of a number of Black churches in the South, we have more than enough proof that racism is not over. Contrary to belief though, racism doesn't have to manifest as blatant violence. Racism can be much more quiet. Racism can manifest as economic oppression, employment rejection, predatory lending, education disparity, and even infant mortality.

Paul Bucheit's article for Inequality.org discusses how the New Jim Crow is economic oppression. He presents some depressing statistics related to employment, health, financial assets, and the prison system in relation to race.

Rochester, NY, as a city of high racial diversity, is no stranger to this quiet form of oppression. According to the 2010 Census, there is only a 2% difference between the number of black and white residents. Rochester is also one of the poorest cities in the US, with much of that poverty concentrated in Black neighborhoods. That's close to 42% of the city's population potentially struggling with poverty, jobs, infant mortality, and yes, police profiling.

Remember, many of these issues are interesectional. When you stand against racism, you also stand against poverty wages, punitive discipline policies in school, and the acceptance of police violence. When you stand for a cause like the Fight for $15, you're standing for economically oppressed minority communities who can be lifted up and out of poverty. We are our neighbors' keepers, and need to continue to improve the quality of life for our most disadvantaged citizens. Please keep on fighting the good fight.

In 1931 the New Republic reported on a lynching in Mississippi: “Jim [Ivy] was staked with heavy chains and dry wood was piled knee-high around him. Gasoline tanks were tapped for fuel. Three men set the wood and Jim on fire. I saw the flames climb high on Jim. Jim screamed, prayed and cursed; he struggled so hard that he snapped one of the log chains that bound his ankles to the stake. I was looking into his eyes that second. They were popping with pain and terror…the flames reached up and burned his screaming voice into silence. The mob turned to go. It was about time for supper.”

In Birmingham, Alabama on September 15, 1963, four 11- to 14-year-old girls were in the basement restroom of the 16th Street Baptist Church when a bomb went off. The ground floor collapsed on them. As shocked and bloodied churchgoers wandered through the smoky aftermath, community members began to gather outside, and Governor Wallace sent the police in to disburse the crowd. Two young black men were killed that night, one by the police and one by white thugs.

On June 17, 2015 a white man murdered nine African-American members of a bible study group at a church in South Carolina. “I have to do it,” he said.

The violence goes on. But in our modern era of surveillance and DNA testing and instant media, racism is evolving into a more insidious form–still violent, often, but with an emphasis on the relatively quiet economic subjugation that was taken for granted during periods of slavery and Jim Crow. Racism is constantly being polished and perfected.

The Washington Examiner recently proclaimed, “Race relations in America have never been better.” In 2013 The Economist said, “Before the 1960s…most blacks were poor…almost none were to be found flourishing…None of that is true today.”

The Wall Street Journal, in its inimitable way, sputtered: “The civil-rights battles of the 1960s have been fought and won…The racial disparity that persists today…is evidence that too few blacks…have taken advantage of the opportunities now available to them.”

The deniers and apologists have much of the nation feeling this way. Many white people believe they are the main victims of discrimination in America, and that blacks make as much money as they do, especially because of welfare programs.

But too many black people can’t find living-wage jobs, and a lot of it is due to racism. A recent study found that job applicants were about 50 percent more likely to be called back if they had “white” names. A hiring analysis study found that white job applicants with criminal records were called back more often than blacks without criminal records.

The most vulnerable family members suffer the most. The infant mortality rate for African-Americans is more than double that for white children. Almost half of black children under the age of six are living in poverty. When black children in America finally get to school, they enter classrooms that are more segregated than in 1970, and poorly funded despite the Supreme Court mandate for public education to be “made available to all on equal terms.”

And, shockingly, over the past 20 years the suicide rate for black children nearly doubled, while decreasing significantly for white children.

Black parents are often blamed for family dysfunction, especially “absent fathers.” But research refutes the myth, as the Pew Research Center found little difference between white and black fathers, and the Center for Disease Control found that black fathers are in many ways more involved with their kids than fathers in other racial groups. Poverty just makes their job that much harder.

In “The New Jim Crow,” Michelle Alexander documents the explosion of the prison population for drug offenses, with blacks and Hispanics the main targets, even though black and white crime rates for drugs, weapons, and assault are approximately the same, and perhaps even higher for whites. Yet blacks are arrested for drug offenses at three times the rate of whites.

The 13th Amendment bans slavery “except as punishment for crime.” The 14th Amendment bans debt servitude. But it doesn’t matter to the profitmakers. Inmates in modern-day private prisons generate tens of thousands of dollars a year in revenue, and private prisons sell inmate labor for as little as 17 cents an hour to corporations like Chevron, Bank of America, AT&T, and IBM. Nearly a million prisoners work in factories and call centers. More corporate profits come from the probation business, which, in direct opposition to the 14th Amendment, keeps people in prison for being too poor to pay their court costs and probation fees. It’s called debt slavery. It’s a modern and more ‘civilized’ form of the long American tradition of shortening the lives of poor minorities, especially black people.