The Myth of Welfare's Corrupting Influence on the Poor 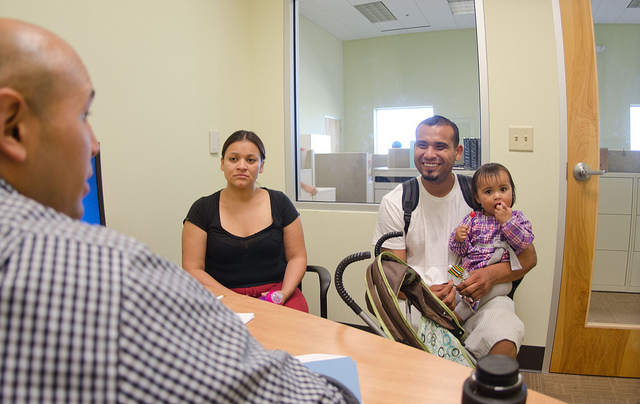 The most common stereotype about welfare is that people who go on it become lazy and stay on it. Somehow, "picking yourself up by your bootstraps" is the only way to live a life of integrity during times of personal poverty. The ideology is displayed everywhere from bumper stickers to signs held by members of the tea party. Even foreign economists who studied here in the US extol the virtues of bootstrapping.

Here's the thing though, it's a myth, an exclusively American myth. Most people who go on welfare work themselves out of it regardless of regulatory laws. Many see it as temporary assistance that provides the peace of mind needed to get a good job. Families who are on it until it's no longer needed report having healthier children who do well in school and have a better chance at moving on to good jobs. The cases where people want to stay on it are ones where the recipient's own income is too meager to support themselves, and they fear making "too much" (as there is little in cost of living adjustments) will cut them from the very benefits helping them stay afloat.

Eduardo Porter's article originally published by The New York Times explores the history of welfare, and the history of our disdain for it. He also points out that in countries where assistance programs are not as regulated as ours, recipients are not discouraged from working. Many recipients just use it as needed, and then go off of it after working to improve their situation.

While we could say that it would be ideal if nobody had to rely on public assistance, to simply cut it is out of the question. As noted, when Clinton's welfare reform came out, there were fewer people on welfare at first, but that could also be attributed to an improved economy in the 90s. As things started to go on the decline again, numbers were back to where they were before reform. If we really want people off welfare we need to consider creating better employment opportunities and a higher minimum wage. A healthier economy is key to improving the lives of all.

(Photo credit: USDA and San Antonio Food Bank of a family who went on assistance programs to rebuild their lives after losing their home in a fire. Full story at the Flickr page.)

Does welfare corrupt the poor?

Few ideas are so deeply ingrained in the American popular imagination as the belief that government aid for poor people will just encourage bad behavior.

The proposition is particularly cherished on the conservative end of the spectrum, articulated with verve by Charles Murray of the American Enterprise Institute, who blamed welfare for everything from higher youth unemployment to increases in “illegitimacy.” His views are shared, to a greater or lesser degree, by Republican politicians like the unsuccessful presidential candidate Mitt Romney andPaul Ryan, the chairman of the House Ways and Means Committee.

But even Franklin Delano Roosevelt, the father of the New Deal, called welfare “a narcotic, a subtle destroyer of the human spirit.” And it was President Bill Clinton, a Democrat, who put an end to “welfare as we know it.”

Today, almost 20 years after Mr. Clinton signed a law that stopped the federal entitlement to cash assistance for low-income families with children, the argument has solidified into a core tenet influencing social policy not only in the United States but also around the world.

And yet, to a significant degree, it is wrong. Actual experience, from the richest country in the world to some of the poorest places on the planet, suggests that cash assistance can be of enormous help for the poor. And freeing them from what President Ronald Reaganmemorably termed the “spider’s web of dependency” — also known as forcing the poor to swim or sink — is not the cure-all for social ills its supporters claim.

One billion people in developing countries participate in a social safety net. At least one type of unconditional cash assistance is used in 119 countries. In 52 other countries, cash transfers are conditioned on relatively benign requirements like parents’ enrolling their children in school.

Abhijit Banerjee, a director of the Poverty Action Lab at the Massachusetts Institute of Technology, released a paper with three colleagues last week that carefully assessed the effects of seven cash-transfer programs in Mexico, Morocco, Honduras, Nicaragua, the Philippines and Indonesia. It found “no systematic evidence that cash transfer programs discourage work.”

A World Bank report from 2014 examined cash assistance programs in Africa, Asia and Latin America and found, contrary to popular stereotype, the money was not typically squandered on things like alcohol and tobacco.

Still, Professor Banerjee observed, in many countries, “we encounter the idea that handouts will make people lazy.”

Professor Banerjee suggests the spread of welfare aversion around the world might be an American confection. “Many governments have economic advisers with degrees from the United States who share the same ideology,” he said. “Ideology is much more pervasive than the facts.”

What is most perplexing is that the United States’ own experience with both welfare and its “reform” does not really support the charges.

Take births to single mothers. Already in 1995, an analysis of rates of birth to unwed mothers by Hilary Hoynes of the University of California, Berkeley, found that welfare payments did not increase single motherhood. And the experience over the next 20 years suggested that ending welfare did not reduce it.

The charge that welfare will become a way of life reproducing itself down the generations is also dubious. Before welfare reform in 1996, some four in 10 Americans on welfare were on it for only one or two years. Only about a third were on it for five years or more.

And what about jobs? There is little doubt that welfare can discourage employment, particularly when recipients lose benefits quickly as their earnings from work rise.

Still, the effects are muted. For instance, in 1983 Robert Moffitt, then at Rutgers University, estimated that welfare reduced work by some four hours a week out of a total of 25.

“There is some disincentive effect consistent with theory, but the economic magnitude is not large,” said James P. Ziliak, head of the Center for Poverty Research at the University of Kentucky. “Oftentimes these disincentive effects are overstated in the policy discourse.”

What did the United States achieve with welfare reform?

Its core objective — getting the poor into jobs — was laudable. In the early years, the effects seemed almost too good to believe. The number of families on welfare plummeted. The labor supply of single mothers soared. Child poverty declined sharply.

But the cheering faded. Over time the labor supply of less-educated single mothers, those with at most a high school education, returned to its earlier level. Poverty rebounded, as did births outside marriage.

After the fact, many independent researchers concluded that the strong economy of the late 1990s, combined with bigger wage subsidies through an expanded earned-income tax credit, deserved most of the credit for the improvement. Meanwhile, pushing the poor off welfare — replacing the entitlement to cash assistance with limited state-run programs that sharply curtailed access to aid for all sorts of reasons — had definite costs, borne by the poorest of the poor.

“What we lost is a commitment to the poor who face significant barriers to work, whether because of child care or physical or mental disabilities,” Mr. Ziliak said. “We have walked away from cash for that group and that group has suffered considerably.”

When the Great Recession struck, many of the poorest Americans found there was no safety net for them. “Extreme poverty was more affected by the shock to the labor market than in prior experience,” said Professor Hoynes at Berkeley.

Why is this debate still relevant today? The evidence has not caught up with the popular belief that welfare reform was a huge success.

The old welfare strategy Mr. Murray blamed for so many social ills died long ago. Its replacement is tiny by comparison, providing cash to only about a quarter of poor families and typically only enough to take them a quarter of the way out of poverty.

Still, it remains under siege. And the arguments against it are pretty much the same that President Reagan made 30 years ago.

Representative Ryan has been promoting a plan he drafted last year that would substitute most remaining federal assistance programs with block grants to states and impose tough work requirements on beneficiaries.

“Rather than just treating the symptoms of poverty,” he said last month, “our goal must be to help people move from welfare into work and self-sufficiency.”

Before the United States goes down that road again, however, it might make sense to reassess the strength of the underlying argument: that poor people will never act responsibly, get a job and stay in a family unless they are thrown into the swimming pool and left to struggle with little support from the rest of us.