Stand in Solidarity with Striking Walmart Workers This Black Friday! 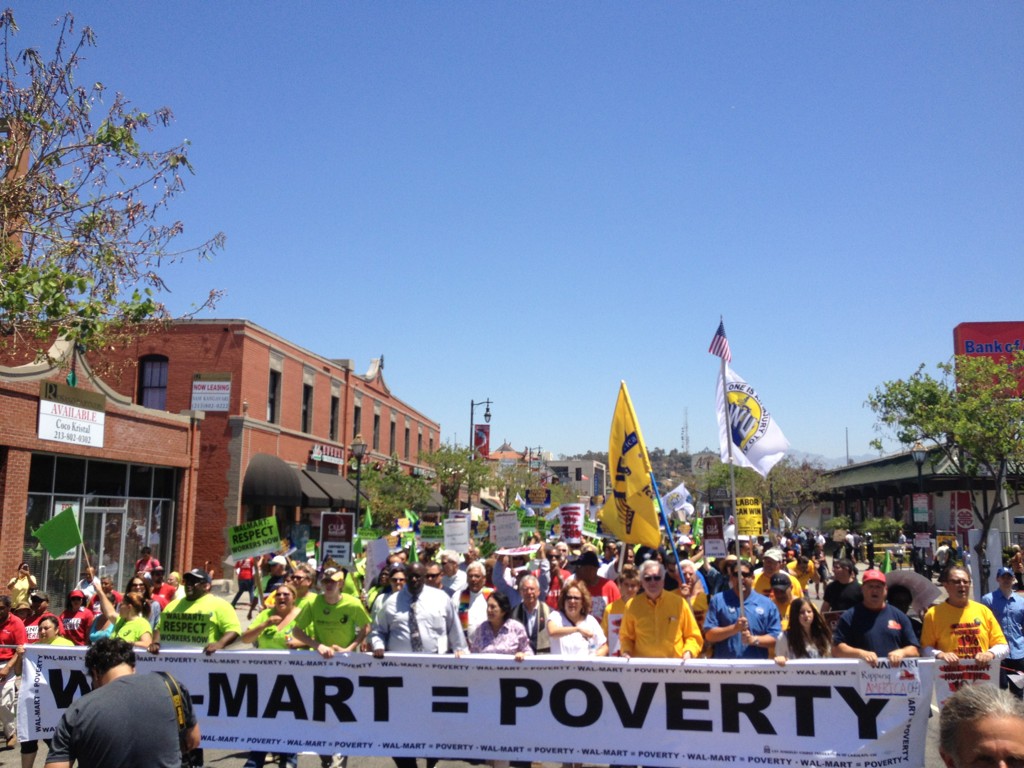 WHAT: Protest and Leaflet in Solidarity with Striking Walmart Workers.
WHEN: Friday, Nov 29th, 11am
WHERE: Three Walmart locations!

On Friday, November 29, 2013 groups of labor unions, activists and community supporters will gather in front of Walmart stores in the Monroe County area in an effort to spread the message of solidarity to our communities and bring awareness to the plight of Walmart workers.

"Walmart embodies everything that is wrong with the wealth distribution in this country, " says Rochester Labor Federation, AFL-CIO Lead Field Organizer, Erin Young. "The way in which Walmart conducts business and treats their employees is a prime economic example of our current race to the bottom."