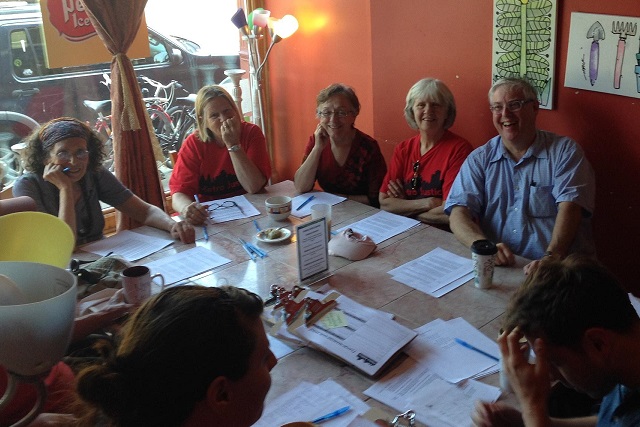 In this year's State Senate elections, some major issues hang in the balance. Will New York State get a real raise in the minimum wage? Will the state properly and equitably fund our public schools? And whose voices will really be represented in Albany?

Metro Justice is committed to ensuring that those most directly impacted communities have their voices heard in all major issues that impact them. Increasing voter turn-out is an important way to help build the power of marginalized communities. Even more important, is engaging these communities in our long-term organizing efforts.

Voter engagement is a great opportunity to recruit new members and promote important issues, like raising the minimum wage and increasing school funding for struggling schools. If you care about these issues and want to recruit new progressive voters, please join us at the Sully Public Library, on Tuesday October 21st, at 4 PM.

Volunteers will be canvassing neighborhoods between Culver and North Goodman between 4 PM and 7:30 PM, encouraging people to vote on the issues that matter most. Snacks and water will be provided.

Contact Eamonn Scanlon (585) 355-2765 if you need help with transportation or have other questions.