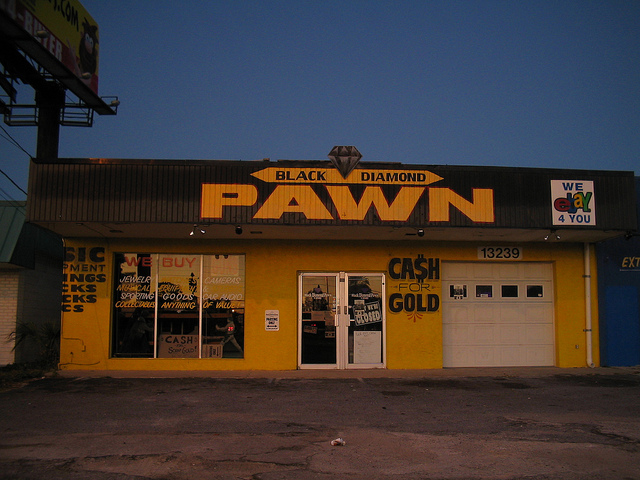 Being poor is expensive in many ways. When you can only afford cheap items, you sacrifice quality and have to replace more frequently. Rent to own with the intent to eventually own leads to the consumer paying 300-400% for an item than if they were able to purchase from a store. Check cashing services usually take a cut, hurting those without bank accounts. Food deserts, places with no grocery stores, often lead shoppers to buy grocery items at a higher than average price from convenience stores. Some employers issue paychecks through debit cards in joint deals with multinational banks. These cards have high usage fees which slowly siphon off of income. Don't forget predatory lending practices for home loans.

What do all of these things have in common? They're all tied to major businesses turning a profit off the poor. Companies actively prey upon poor consumers who are just seeking basic needs. Brett Williams further explores this in his article for Inequality.org, sharing the stories of a few young adults in the Washington D.C. area who are living in poverty. These stories are the reality for many Americans, including people right here in Rochester. Many of us have seen the advertisements on ways to alleviate poverty, "Cash for gold" shops dotted across the city limits, "Cash for houses" signs hammered to utility poles.

Williams suggests the best way to end this vicious cycle would be to invest in ways to lift people out of poverty. To create businesses with jobs that bring people a sustainable wage, and a sustainable community. Unfortunately the problem runs deeper when you consider Wall Street. Can we lift people out of poverty through sustainable development? Is the problem so deep we have to change society as a whole to lift up the poor? How can we hold Wall Street's predators accountable?

For the last three years I’ve been following young people born in the 1990s who are struggling to come of age in D.C. As an anthropologist, I believe the details of their everyday lives reveal how inequality works. I follow their struggles to find jobs and housing, to get school-like credentials, and to stay out of jail.

Staying out of jail is not as easy as it sounds: most of them have done at least a little time. One young man is in jail now after trying to hop the Metro, being saddled with an ankle bracelet because he couldn’t pay the $75 fine, and then missing his court date because he had no fixed address. Getting school-like credentials is hard too—various online scams for for-profit schools derail them often. One young woman has thrown hundreds of dollars into a quest for a degree in forensics.

Amidst these young people’s troubles, one of the most disturbing things I’ve learned is how businesses target their struggles and aspirations for profit and suck away the few resources they control. One day I went with my young friend Annie to buy a car. She works the overnight shift at Checkers, which serves fast food to people coming home from work or a night out. Annie sleeps on the floor at her girlfriend’s house because her girlfriend’s children sleep in their only bedroom. She walks to work and back, often in the middle of the night, and it was becoming too scary and hard for her. Annie also reasoned that with a car she could escape the boundaries of her neighborhood and find a better job.   Meticulously assessing her minimum-wage income in the form of biweekly checks, the salesman calculated that she could use one of those checks for the $400-something used car note and live off the other one.

Young people apparently hear their checks assessed this way often, for they like to say, with fragile confidence: “One for the ______ and one for me,” which is practically delusional. The loan company charged Annie 23 percent interest on a $15,000 loan for a used car. When her car was totaled two months later, the insurance company reimbursed the loan company for the cost of the car, but the loan company is still pursuing her for the interest she would have paid if she had driven the car and made monthly payments over the whole five years. Annie’s neighborhood places her in a captive market besieged by lenders. Her credit score (tainted by a long-ago repo) consigns her to usury. Like the mortgage crisis, the explosive growth in car loans for low-income people stems from Wall Street banks and private equity firms which invest in lenders and bundle loans into complex securities sold all over the world. My friend Lakesha graduated high school, got certified at University of the District of Columbia as a child care worker, makes minimum wage and supports her mother and long-time boyfriend. Bright and brazen, she tried to manage a better-paying job in the suburbs. But traveling there on several buses was arduous and frightening. She didn’t know the way, there were no public telephones, and she was far away from everyone and everything she knew.

She returned to the child care center in her neighborhood and eventually leased a cellphone, her only way to connect to her dispersed family and friends and to listen to music. Like many young people, her cellphone is essential at the same time as it tethers her to high-interest debt. It goes on and off, alerting her constantly about the amount she owes. The smart phones that so delight university students would be invaluable for Lakesha, but Lakesha has not bought a phone but a device that trumpets how much she owes and tethers her to debt. Opportunities to profit from poverty blossom in poor neighborhoods, which are riddled with shops offering debt at high interest. These tawdry shops mask deep connections to Wall Street where, for example, the national chain Famous Pawn is traded as PWN.   At tax time the young people I know anxiously wait for their refunds, for along with all the informal work they do for income they usually manage to eke out some regular waged jobs. Tax preparers appropriate a large portion of the anticipated refund and then advance the remainder immediately, in effect making a large secured loan at high interest.

Why do wealthy investors choose investments in poor neighborhoods that tether people to debt? It would be much more useful to invest in a recording studio, a clinic, or an urban farm, to consider options that would provide meaningful jobs to young people who look everywhere for work even at minimum wage. But the wealthy have a long history of wresting profits from places and people that are poor.  Selling debt may be what they do best and a bubble of wealth may insulate them from the consequences for people’s lives. Maybe a serious national usury cap would derail this willingness to sell debt by making it less profitable to do so.