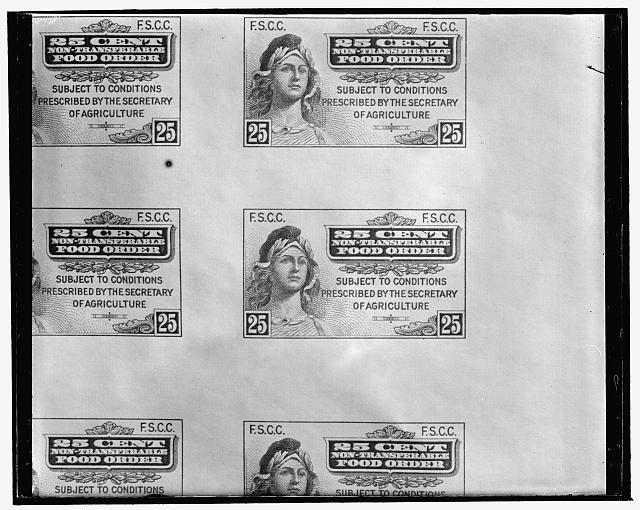 First person accounts give us a good window to see how life really is for those who are struggling. Dennis Powers shares his account of what it is like to sign up for food stamps as someone who is facing financial instability after living a comfortable life. His piece "What I Realized When I Finally Decided to Sign up for Food Stamps" is part of a series presented by the Huffington Post titled All Work, No Pay: The False Promise of the American Economy, which shares several accounts of what it's like to be a member of the working poor.

One of the things Powers touches upon is how many of the people at Social Services are like him, working poor. They weren't the stereotypes he thought he'd initially run into. If anything, this is a reminder that we need to raise the minimum wage to assure those who are working can receive a wage that sustains them. When did you realize many of the stereotypes related to poverty are wrong? In what ways can we take a stand for the working poor and ensure they receive better wages and benefits?

I have previously written how three days before my 60th birthday I came to a decision that I once considered unthinkable. On that day, I gathered up my financial information, took my book, entered the Social Services office in Waterbury, Connecticut, and asked if there was someone I could see to obtain some assistance. I pretty much already knew for what I was eligible, and had known for the past year, but since I was self employed I needed help to complete the forms that are designed for those on an hourly pay. I needed to talk to someone.

The receptionist behind the glass partition took my name and social security number and directed me to the waiting room informing me someone would call me. I had gotten there at around 11:30 a.m. and took the last of the available seats, opened my book and steeled myself for a long wait.

There were over 50 people in the waiting room. Mothers with children some with infants, middle age couples, young men and woman by themselves, some in work clothing -- guard uniforms, medical scrubs, fast food outfits, business suit or tie. This was not what I had expected.

The Social Services department is directly on a bus route and not located in the best part of town. I am ashamed to say that I expected to find the unemployable or the lazy or the addicted or handicapped. I expected something different, something else. I expected to be surrounded by... by "them."

I pride myself on not succumbing to prejudice so it was with a wash of embarrassment and shame that I realized that "them" were in fact me. The people in that waiting room could have been my neighbors or co-workers. They were people I interact with every day. One of them I recognized as an ex-employee of one of my clients who is now out of business. These were not the dregs of society looking for a handout. These were working people, just like me, who just needed some help. This was a shocking reminder of what has become of the middle class.

I was the last person to sign in so as names were called, I did a mental calculation and knew I would be there for several hours. Three hours later a lightly graying woman, still younger than I, with a light but professional demeanor, showed me to a clean, well organized cubical and asked how she could help. She made conversation easy as I reluctantly explained
my situation, answered her questions and presented my documentation. The forms were completed, printed and signed and the lengthiest part of the process was making copies of my documents. Because as anyone who has worked in an office knows, there is never enough paper in the copy machine and the refills are always kept on the other side of the building. An observation we both joked about.

She explained what I qualified for. That I was eligible for $178 a month in SNAP benefits, the maximum for a single household, and that once I supplied a bank statement of my monthly mortgage amount she could process the paperwork. It was the one document I neglected to bring. She then told me that if there were funds still available I would most likely qualify for the state energy assistance program but would need to apply at a different state office. (The funds had already been used.) She also offered me a flyer, appropriately titled "Help for People in Need," that listed contact information about 17 other programs and organizations from the United Way to school breakfasts to food banks.

The following day I dropped off the mortgage information and she informed me that I would receive an EBT card in the mail within 10 working days. I thanked her for her help. She smiled almost sadly and told me that she was now seeing a lot of people like me. That it was tough out there since the crash.

Even with two holidays in between, by the end of the first week in January I received the card with instructions on how to activate it online or at a bank location -- a simple matter of entering a code and selecting a PIN.

I sat there staring at this gray plastic card with mixed emotions. On the one hand it was a constant reminder of my situation and on the other a relief that I would no longer need to decide whether to purchase food or medicine.

It has been nearly four months now that I have been using my EBT card to purchase food. Because regardless of what you may hear you can ONLY purchase food with it. No toilet paper, no toothpaste, no cleaning or paper supplies or laundry detergent: Just food. And while I could purchase filet mignon or Alaskan crab legs or truffles I would have to do without something else to make the money last for the month.

What it has let me do is purchase better quality foods. Low sodium canned products, more fruit and fresh vegetables and slightly better cuts of meat instead of just the cheapest. I still need to be frugal but I no longer need to defer a food purchase in order to fill my gas tank, pay my phone bill or buy medication.

There is still a lot of stress from my financial situation but I never realized how much of it or how insidious it was to maintain the balancing act of paying bills or buying food. I have always been good at budgeting, which is why I knew I was in trouble a year before I sought help, but there is no robbing Peter to pay Paul with this. My food budget is $178 a month and while my pantry is not fully stocked I have enough to eat. And that's big; both physically and mentally.

They say you can't make good decisions if you're hungry. While I never got to that, making decisions when you are worried about going hungry is just as bad. Knowing that an essential need has been met by having the SNAP benefits has allowed me to better concentrate on re-building my business, to make better decisions and not constantly worry. The relief from that alone cannot be overstated.

This is a different country from the time of my parents. There were no safety nets for them. I remember the look on my mother's face when the cupboards were bare and there were seven of us to feed. I saw it in the mirror the day before I signed up for assistance. Back then, 60-year-old men devastated by the economy had no chance of starting over. While I may
or may not succeed I at least have a fighting chance thanks to this benefit. This is what it looks like to be the working poor.