You Didn't Really Think Darren Wilson Would be Indicted, Did You? 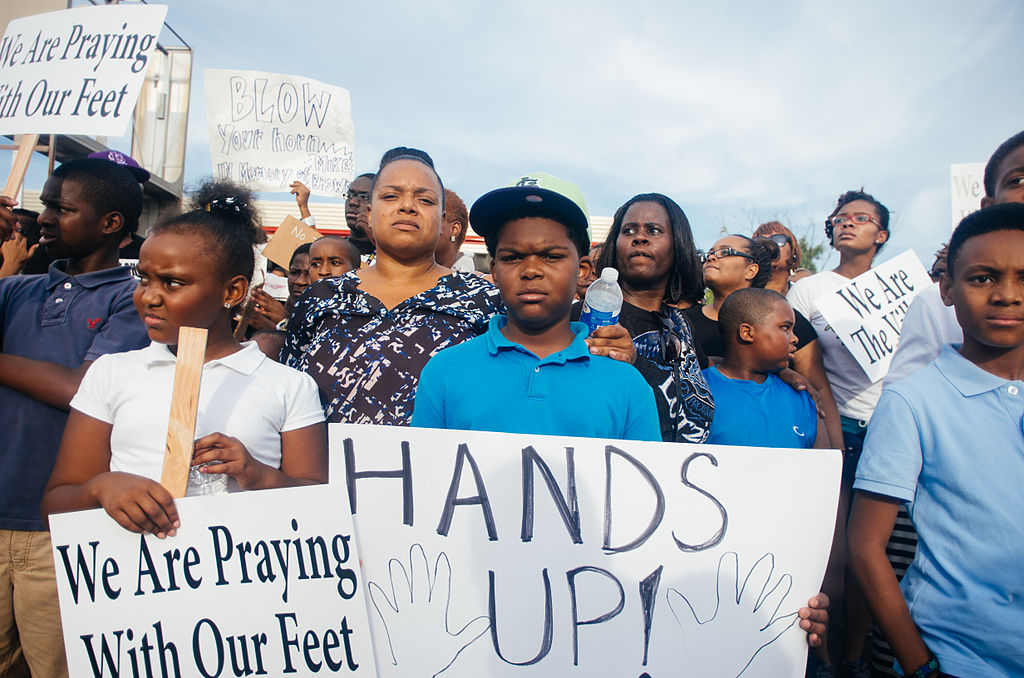 It's really no surprise to learn that Darren Wilson will not be indicted. Personally, I knew the verdict when I learned that National Guard forces would be stationed in Ferguson. Anyone who can put 2 and 2 together knows that the military industrial complex was preparing itself for the the shit hitting the fan.

Ron Jacobs in his Counter Punch article believes the same. Wilson walking free was inevitable judging by the level of corruption in our system. Not to mention how our culture has romanticized the white male power fantasy of the good-guy cop, or the dashing secret agent. The reality of such figures being anything but glamorous applies to anyone who is outside of the wealthy, white, cishet (cisgender heterosexual), male demographic. If you fall outside of this demographic then views on the police usually range from apathetic, where those meant to "serve and protect" brush off concerns for your safety, to menacing, where you fear for your life.

What is happening right now is important. Michael Brown isn't the only unarmed black male to have been killed by police. Rochester has its own police brutality problem. Rochester has a racial disparity problem, something glaringly obvious if you read recent local poverty reports. We as citizens need to stand up and say enough is enough. We need to demand accountability and body cameras for officers. We need to demand that Constitutional rights are there for ALL citizens, and not just wealthy white men.

What are you going to do?

(photo credit: "Protesters with signs in Ferguson" by Jamelle Bouie - File available on Flickr here as a set. This is the individual photo.. Licensed under Creative Commons Attribution 2.0 via Wikimedia Commons)

Did you really believe Darren Wilson was going to be indicted for murdering Michael Brown? Did you think a cop was going to face a trial for gunning down a young man he thought should be arrested? Do you think the law treats all people equally-civilian and cop, rich and poor, black and white? If you answered yes to any of these questions, you have been watching too much television. From the crime drama Law and Order to FoxNews and CNN the viewer is fed a constant storyline that portrays cops as heroes in a system that is ultimately fair, despite the fact that that fairness sometimes lets bad guys go.

If one listened carefully to the prosecutor McCulloch during his presentation to the media announcing the failure to indict Wilson, he seemed to be saying that there was never much likelihood that an indictment would be produced. Police officers, he said, are given much more leeway than civilians when it comes to shooting people. Recent history certainly proves this. It seems that all a cop has to do is “fear for his safety” and he can fire at will. Like James Bond in the 007 series, a police badge is a license to kill. If one adds the elements of race—an element that is part and parcel of the US system of justice and law enforcement—even greater leeway is provided to the police. Like the Supreme Court wrote over a century ago, African-Americans have “no rights which the white man was bound to respect.”

McCulloch mentioned at least twice that if people didn’t like the laws, they should work to get them changed. Besides the fact that any law limiting law enforcement’s ability to fire their weapons would be a dead bill before it left a legislative committee, history tells us that changing the law does not necessarily change the practice of the law. Furthermore, it seems that any law seriously addressing the racial and class inequalities in the United States is bound to be attacked by reactionary forces in the legislature and courts until the law itself is toothless.

The Black Panther Party correctly saw the police as an occupying army, made up primarily of individuals from other, mostly white and suburban, communities. Their job was to keep the poor and non-white citizens in Oakland under their control. Violations of individual’s civil rights and liberties was a common aspect of this mission. The Panthers’ understanding of the role played by the Oakland police force in Oakland applied to virtually every other non-white community in the United States in the 1960s. The tragic truth is that very little has changed. Urban police forces may have a percentage of African-American officers these days, but the role of the forces employing those officers remain the same; to enforce an economic and political system built on the subjugation of Black people.

Like US soldiers in Afghanistan, Iraq or Vietnam, police officers in many US towns and cities are there to impose a law and order defined by the ruling elites. This law and order occasionally protects the citizens in the towns and cities under occupation, just like the US military occasionally protects the citizens of the countries it occupies. Such circumstances, however, seem to be the exception and not the rule. Whether it is cops arresting people for providing food to the hungry in city parks or cops shooting down young Black men who refuse to obey their orders to get out of the street, the essential mission of the police is enforcing a dynamic that defines the lives of the disenfranchised as criminal. Also like those US soldiers occupying foreign lands, it is very likely that many individual cops believe they are doing good in the communities they occupy. It is even possible (indeed probable) that in certain instances, the cops, like those soldiers, are making a positive difference. Despite these instances, however, the fundamental reason for their presence as occupiers is to protect and serve those who make the laws, not those who suffer from their enforcement.

The reader might wonder why my commentary is centered on race. Aren’t white people shot down by cops, too? Don’t disenfranchised whites end up in jail the same as Black and Brown folks? The answer is of course yes. However, it seems not only reasonable but necessary to state that if Michael Brown was a white youth, Darren Wilson would probably not have killed him. Indeed, one wonders if he would have even bothered to stop him for walking in the street. My experience as a person who had his share of run-ins with the police when I was younger tells me that a white Michael Brown would not be dead. Statistics seem to bear this out. According to a study published by ProPublica on October 10, 2014: “The 1,217 deadly police shootings from 2010 to 2012 captured in the federal data show that blacks, age 15 to 19, were killed at a rate of 31.17 per million, while just 1.47 per million white males in that age range died at the hands of police….Blacks are being killed at disturbing rates when set against the rest of the American population.”1

Despite the attempts by Prosecutor McCulloch to create confusion about the details surrounding Michael Brown’s murder, the fact remains: Michael Brown is dead and he was killed by a policeman named Darren Wilson. Those that defend Darren Wilson and those who claim that the law was served are both correct. The murder he committed was sanctioned by this nation of laws. So are the deportations of immigrant parents resulting in the breaking up of families; so is the incarceration of thousands for smoking marijuana; so is the destruction of the environment by energy companies and their Wall Street backers; and so are the millions of deaths caused by US military interventions around the world. The Third Reich wrote laws, too. They resulted in the murder of millions. Just being a nation of laws means nothing. What matters is who those laws serve. I will leave it to you to determine who is served by the law that allowed Darren Wilson to murder an unarmed civilian.