It's been a busy October with a lot of activity from our central campaigns and along with our allies. Check out our October Recap to see what's been going on with the local campaign to win Single Payer Healthcare in NY, our newly emerging climate justice work, immigrant solidarity efforts through the Rapid Response Network, and our Member's Corner with Mahima Iyengar! 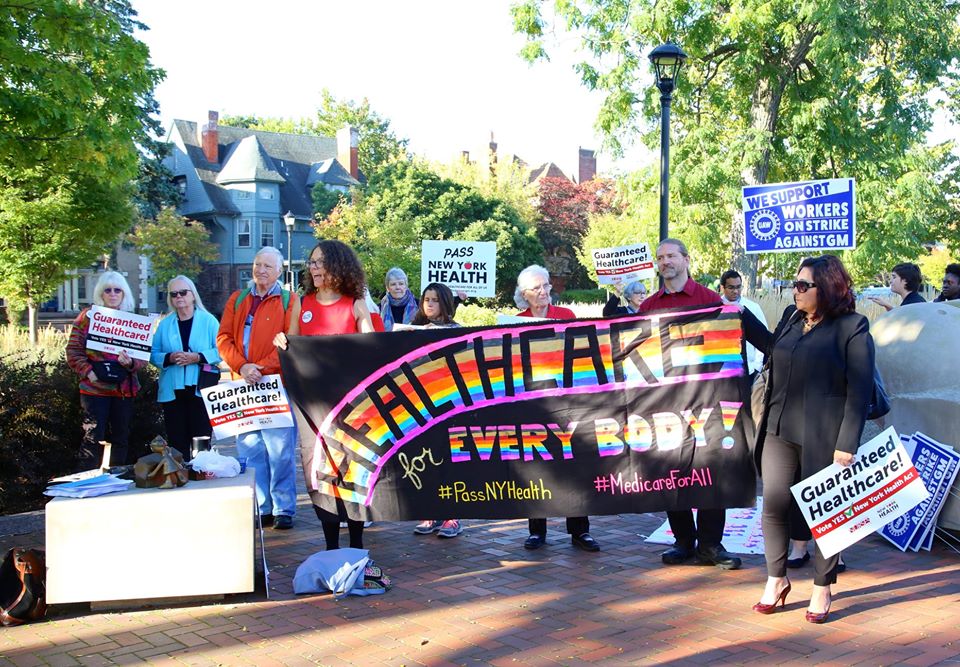 Metro Justice is a founding member of the CNYH and houses the Rochester for NY Health chapter. The Healthcare Committee of Metro Justice and the Campaign for NY Health (CNYH) organized a large turnout for the New York State joint Senate and Assembly Hearing on the NY Health Act in Albany. We had so many people (nearly 5 to 1) in favor that the legislature had to schedule additional regional hearings in order to hear from everyone. This led to a hearing here in Rochester on October 10th where held a rally and helped folks share their healthcare stories with the assembled representatives. This is an historic moment for the CNYH.

Agnes McCray has cerebral palsy, and she said she often finds herself needing to choose between buying food or medicine, or equipment, like an electric wheelchair. “Right now, our system is broken,” she said. “We cannot grow as a community if we do not have the right health care system in place.”

Parent Scott Desnoyers said universal health coverage could have saved his son's life who couldn't afford his premium. Daniel Desnoyers died in April. He was 29 years old. “$20 was the price of my son's life because of a corporate-controlled profit system that says we need money or you can die,” said Desnoyers.

Click here for media highlights from that rally and press conference
The Healthcare Committee and the Campaign for NY Health meet monthly. Every last Wednesday of the month is an Organizing Potluck, Rochester for NY Health. This where healthcare advocates in Rochester meet to plan how we can take action and build community power to win universal health care in NYS.  October's meeting was annual pumpkin painting: 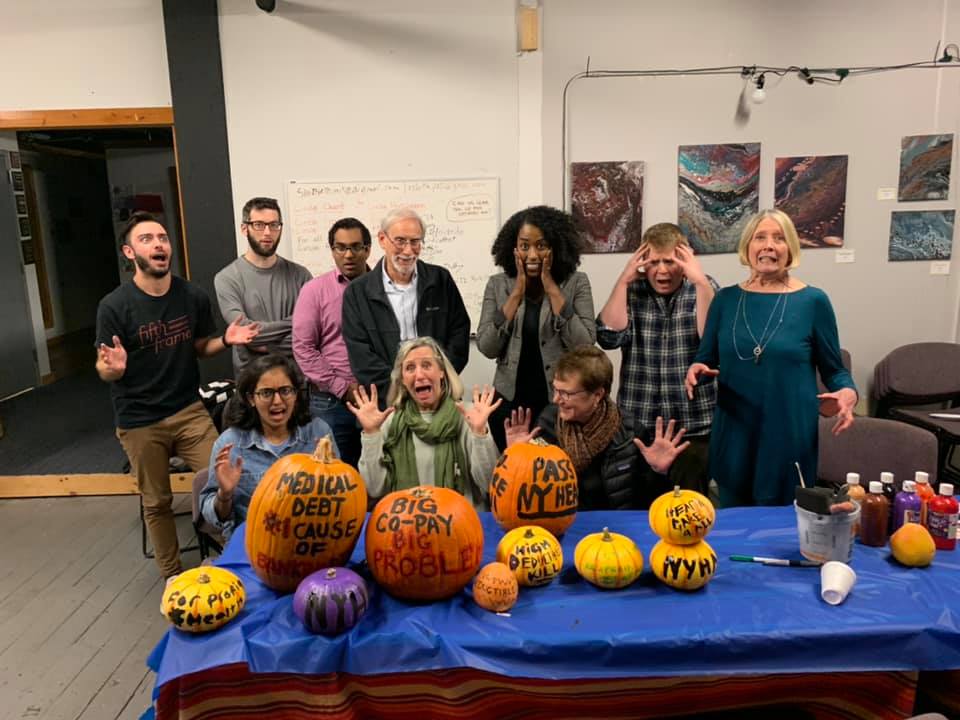 Rochester for Energy Democracy (R.E.D.) is a campaign started by Metro Justice to halt the pending climate catastrophe and ensure environmental justice for the long haul. We are striving to build an energy system that meets the needs of communities instead of feeding the greed of investor-owned, for-profit oil companies and utilities. The first steps towards this vision is organizing our neighborhoods for community-owned solar and replacing RG&E with a public utility. 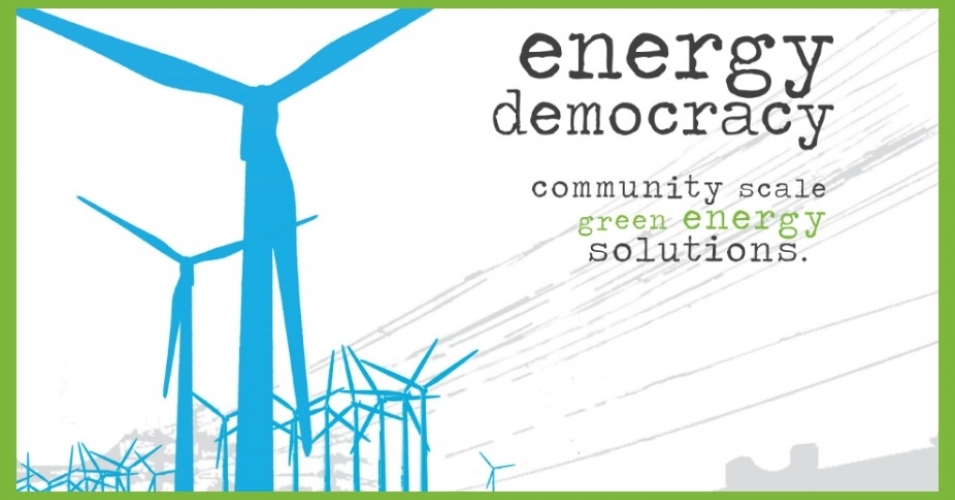 R.E.D. held three meetings in October that focused on planning outreach and base-building in the Plymouth-Exchange (PL-EX) Neighborhood, research on how we can build a community-owned solar array, and research on transitioning Rochester to a public, not-for-profit utility. In our first R.E.D. canvass, Metro Justice members partnered with the PL-EX Neighborhood Association to build the community power we need to succeed. We introduced the campaign to PLEX residents, listened to their experiences with meeting their energy needs, and recruited them to the effort.

Metro Justice remains a dedicated ally of the Rochester Rapid Response Network (RRRN).  RRRN is an ally group formed to support immigrants facing detention or deportation by engaging in community-based strategic actions and public education guided by their directly-affected immigrant families. Our members and staff regularly attend their meetings and provide any logistical and organizing support we can. This past month, RRRN hosted an emergency response training. The training was aimed at supporting volunteers willing to engage in community defense work in solidarity with vulnerable immigrants in Western, NY and teach folks the different ways that immigrants face the risk of detention and deportation. Border Patrol, ICE and local law enforcement terrorize members of our community because of real or perceived immigration status. We must stand up to state terrorism and strengthen our community response. 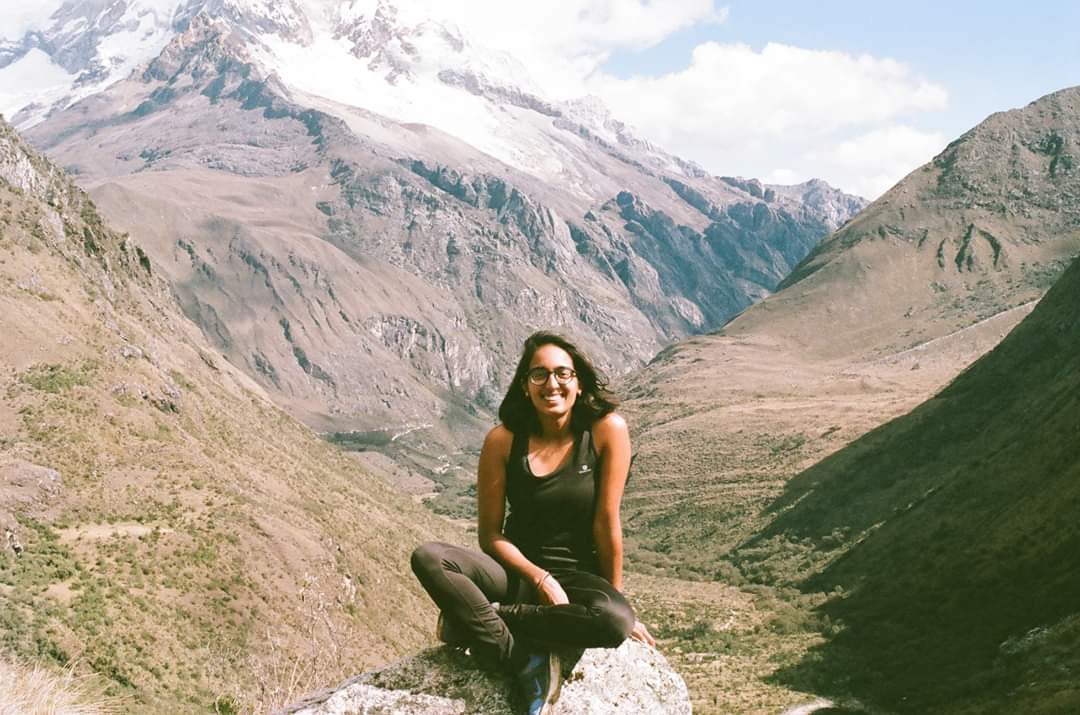 I moved to Rochester in 2017 for medical school, and almost immediately was introduced to Metro Justice and the important work they do in terms of health justice. I began working with the Campaign for NY Health, and from there learned about the work MJ was doing in terms of racial justice, economic justice, and worker justice as well. I joined the MJ council at the beginning of this year and have really enjoyed learning about the various campaigns that MJ works on.

October was a big month for the Health Committee, as Rochester hosted the first Joint State Senate and Assembly Hearing outside of Albany on the NY Health Act, and our committee worked really hard to make the event a success. Dozens of advocates from the Upstate Region convened to share their healthcare horror stories with legislators and push for single payer health care in NY. It was incredibly powerful to hear from such a a diverse group of people.

Being on the MJ council has been an extraordinarily valuable experience, as I have had the privilege of learning from and working with some of Rochester’s fiercest activists. MJ does such diverse work across the city and the organization is vital in creating bridges between the different spheres of justice work in Rochester.
Do you like this post?
Tweet